Noodling Around Secret Bases on G

Earth and Someone had Posted a Photo of SAD Gu Ru (Not Sat) in a Photo Op at Siachin Glacier .
Pretending to put the Troops Through Enlightenment Training...

He Sure Gits Around. 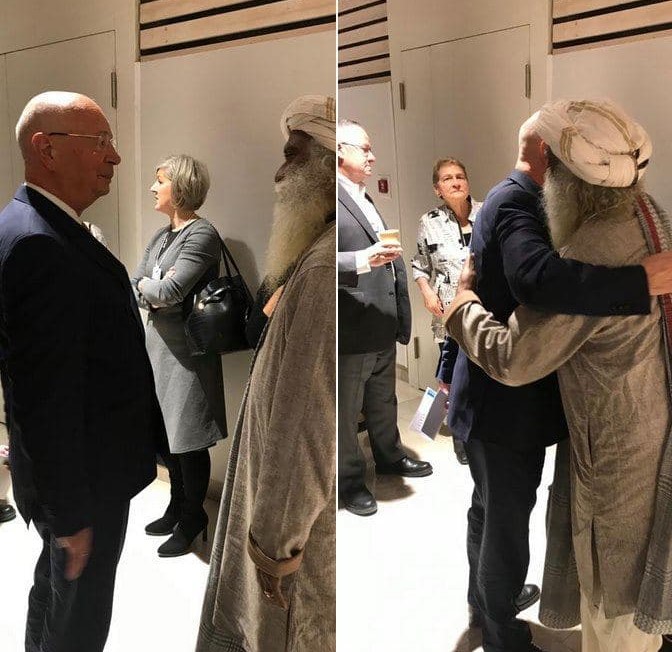 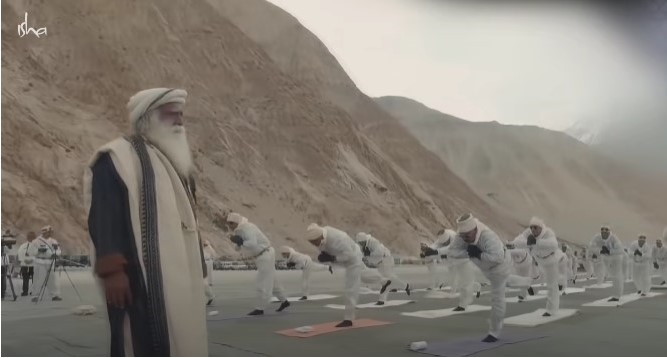 Is it us vs. them? All the others that follow along with a narrative seem to just be there or treated as fodder. Do his followers know that he works with the WEF?

There are some people out there that know the truth but choose to stay silent and go along with what is happening. :People should be careful when it comes to mainstream actors.

Don't fight for these people. Don't be a martyr for them if they do nothing to help you. I don't think it is worth it.

I am sure that there is some plan in place to try and round up any resisting group online or outside, so they can keep an eye on us and start exterminating or targeting if need be, since it is us that can really tear down their narrative. Scatter when the threat is real... but stay connected. Never fear, stay in the light and laugh at them.
Top

How Fake ‘Gurus’ Take Advantage of the Vulnerable
Are you looking for enlightenment or miracle cure?

It is an unfortunate fact that not everyone is ready for what life has to offer. Rarely anyone ever is. Life can often get us in a position where we feel we can’t get out, and we start to become desperate as we look for ways out.

It gets to the point where we start to believe things we typically wouldn’t, such as the so-called “miracle cures”. I’ve had too many friends fall for such a thing, even when I and many other friends are telling them to think things through.

My problem with these gurus in general, is their habit of preying on the weak and the vulnerable. While we all could use some help every now and then, I would recommend therapy over anything a guru might have to share, since the trouble with most spiritual “teachers” is that they make use of so many examples out there that don’t necessarily apply to your unique situation.

The trouble with enlightenment

While I’m not against anyone claiming to have reached enlightenment — even if it might pull up a few red flags — I’m generally against those who try to push their methods to others. The human body is complex; the brain unfathomably so.

Intelligent and empirical individuals have spent their whole careers trying to unlock the secrets of the human brain over so many years, and we have yet to scratch the surface.

Imagine all of the trouble they went through, the countless hours of work, only to have some random person on the Internet claiming they’ve found enlightenment. Well, good for them, but I’m not buying it. In this case, I mean that literally, since they are selling their so-called keys to enlightenment. It would be fine if someone made claims and that would be the end of it, but most gurus are not that way.

“If you notice a spiritual teacher or guru having an almost-bizarre love affair with enlightenment this and enlightenment that, be cautious,” Lisa Gongster writes in an article about spotting fake gurus.

“Unless a spiritual teacher shows you a realistic way to reach enlightenment (such as through a particular meditation or awareness expanding technique) then you will be better off without their help … and you will keep your hard-earned money as well.”

Spirituality on a silver platter? No thanks

From what I’ve written above, it’s probably safe to assume that I don’t buy a lot of things when it comes to spirituality just because so many people have tried to use it to manipulate others — though the latter is a tale as old as time.

In my honest opinion, a connection to the idea and essence of spirituality is possible, but it’s not something that can be fast-tracked like so many gurus might tell you. It’s a change in perspective, yes, and that can happen quicker than many of us might think. However, it is a change that can take a lifetime to achieve.

No matter how enlightened we might feel, something could happen tomorrow, the next day, the day after that, and every other day between now and beyond that could very well shake your beliefs.
The psychology of the guru

Steve Taylor, Ph.D. writes a fantastic piece about the psychology of the guru. The author of The Leap: The Psychology of Spiritual Awakening, advises that following a guru is tantamount to hero worship.

“And this — the formation of a spiritual community — is usually the stage when things really go awry. Even if they weren’t corrupt to begin with, the gurus become corrupted by the power of their position and the unconditional devotion of their disciples.”

You’ll often find that the more popular a guru becomes, the more twisted they eventually end up becoming. Power corrupts, and absolute power corrupts absolutely. Enlightenment is not impossible, but those who fall into corruption have obviously failed their test.

I’m not telling you that achieving a sense of spiritual nirvana is impossible. I’m telling you that in all likelihood, it’s something you figure out for yourself. I just want you to save on cash by not having to worry about paying some guru to do it for you.

Some references are affiliate resources.

Definitely NOT Looking for a Guru or Messiah.
I Trekked to India in the 70's in my Search for Truth.
I was Introduced to my Guru when I was 13 and a Wild Child in Australia.
(Not Sad Guru )

I was Initiated into the Meditation Techniques when I turned 18.
Eventually, Took Vows and Lived an Ashramic Life in Service.
Travelling to Many Countries in this Capacity.

Many Years later, I have Naturally come to live Similarly and Simply, Now.
Except I am my Own Inner Compass.
Go Within Or Go Without.

Sad Guru is a WEFfer Charlatan, Throwing Sincere but Gullible Devotees Into the Abyss.

My Point was, I Found it Telling that THAT Photo was Posted on Google Earth at a Supposedly Secret Base...

Can't resist posting this......... it's a silly comedy sketch but in my experience he has a point about the dangers of 'unleashing your potential' and the power of enlightenment.

Most of the people who have positions of power in this world are 'enlightened' and have had their potential fully unleashed..... and they are absolutely insane. They do not rest or sleep, and spend all their hours on Earth in service of their evil hierarchy.

The Man they can't Recruit.
Top

Truthspoon wrote: ↑Tue Jan 24, 2023 3:42 pm Can't resist posting this......... it's a silly comedy sketch but in my experience he has a point about the dangers of 'unleashing your potential' and the power of enlightenment.