Cryptocurrency and the Future

This section is dedicated to individual and social liberty, decentralization and developing healthier systems of community.
Post Reply
53 posts

Great run down of things Sperg, i share your sentiments. I am into Cardano as i think that may be strong going into the future and it is by far my best performing crypto of the last month. I am holding ADA for the long term.

I am keeping a close eye on ETH 2.0, I wonder what the initial coin price will be.
"In the age of information, ignorance is a choice"
Top 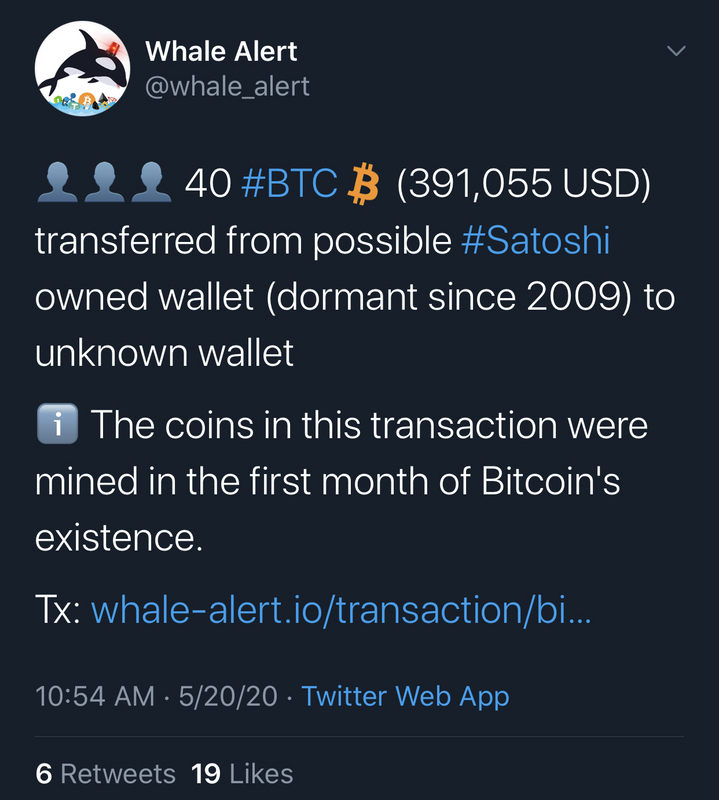 I have been giving some thought today to some very valid points made earlier in this thread about crypto being useless if the plug is pulled/the lights go out.

It has been on my mind a lot lately as it is a possibility but i will share the decision i have reached on why i am hopeful that it wont...

Many technologies the governments are pushing are reliant upon the internet such as blockchain based smart contracts for birth certificates, health records etc. Biometric systems are a huge part of the elites agenda and they require the internet to process, send and receive data. Fiat currencies will almost certainly become digital in the near future. The IOT will also play a big role in many aspects of daily life.

Anything is possible moving into the future but i am fairly confident that crypto will survive. 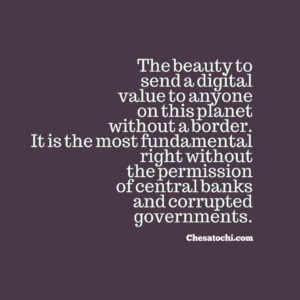 "In the age of information, ignorance is a choice"
Top

Liberalis wrote: ↑Wed May 20, 2020 3:31 pm
I have been giving some thought today to some very valid points made earlier in this thread about crypto being useless if the plug is pulled/the lights go out.

The shutdowns have drawn widespread fierce backlash and criticism from residents as well as government officials as PG&E, SCE, SDG&E and the California Public Utilities Commission issued an apology.[citation needed] Many residents complained of either being misinformed or not informed when shutdowns would occur, while officials such as California governor Gavin Newsom blamed the shutdowns on PG&E's "greed and mismanagement."[7] Some people expressed their frustrations through vandalism and violence, including the egging of a PG&E office's front doors and someone shooting at a PG&E vehicle.[8]

For the state's largest utility, PG&E, to bury all of its distribution lines (relatively low voltage lines which bring power to homes, not the higher voltage transmission lines) would cost US$15,000 per customer.[9]

Good luck spending your electronic money when the power is out...and it WILL BE out at times...the infrastructure is now worn out and unreliable everywhere
Top

It is more of an investment thing. As long as it comes back on eventually it is fine as i use a hardware wallet.

. I do not live in USA, the electrical grid and infrastructure is quite good in my part of the world and we don't have forest fires where i live so one less concern.
"In the age of information, ignorance is a choice"
Top


I actually remember Sperg telling us at gold-silver.us to buy Bitcoin when it was $4. That IS a true story.

Sperg wrote: ↑Wed May 20, 2020 6:04 am I know I'm a new member here and don't overstay my welcome, but is there any chance we could get a Cryptocurrency subform?
That would be cool.

Sperg and I do not see eye-to-eye on cryptos, as he sees them as a panacea for individual liberty, and I see them as just another funny-money currency, that you can't even use as toilet paper.

Nonetheless, I concur and endorse the idea of a cryptocurrency subforum! Cryptos have legitimate and useful tactical usage for privacy against non-State-level actors. I recommend them for those purposes alone, for those interested.
Top

The Banksters are definitely on-board with cryptos, and they probably will assure we are, eventually, too:


Sperg and I exchanged some thoughts on cryptos in the thread linked below, too - I won't belabor my points here again:

My thoughts are: crypto’s go stratospheric as the fiat collapses then when the Govt/international digidollar etc comes online then most Govts ban crypto’s.
Some govt’s banned Libra the Facebook coin, so I reckon it could be on the cards.
Dis some one mention bullion?
Top

I read about a guy who bought two pizza for 10,000 BTC back in the day. If he hodled, it would have beeen $300M by now. wow expensive pizza he bought.

I think this image explains what's happening very well. Smartphone replaces all those in 2010.
btw, E is ETH. BTC is a store of money. ETH will do all the retail stuff.