This is the section to discuss and share info, research and links relating to any alternative beliefs and theories.
Post Reply
3 posts • Page 1 of 1

I like maybe some others here have been Targeted with some kind of Institutional abuse, we all know of Max's most recent experience I like others can relate to similar experiences. The title is a very serious , there were and maybe still is a group of Humans whom look the part heres what I recalled some years back now.

Firstly I have to say that since being a young child i've had what I can only term as super natural events often known in some circles as high strangeness. Forward on into my later years I have no idea as to how myself and others ended up in what can only be termed as a film set, a very good one. I awoke on a cold slab that was made out of highly polished stainless steel. There were gutter like edges on this gurney type of slab.When my eyes focused I realised they were already open this I know now to of been the effects of what ever anaesthetics I been given. This is difficult to say but I realised I was naked and that the people around me were all about 5foot up to about 5'4" and there was one very tall person. Now these people were dressed in really strange attire.
One person was Gold in colour with very strange clothes that in hindsight were just pantomime clothes whilst under the influence though they look and seem real. I jumped off the Gurney and attempted to run toward some of the fake Aliens shouting / slurring obscenities with this there were screams sounding like females as well as males. This metal room emptied quickly except for one who was totally dressed in Human clothes and no different than any other male. He said I'd done well and passed the test with this I was rendered unconscious , I only recovered this with regressive hypnosis that uncovered a whole range of stuff this being some what extremely mild experience.

These Adult experiences I could write about for hours , however I think its maybe better to keep to todays and recent experiences as well I don't wish to make my posts all about ME ME ME and my experiences , even though there are some terrible stuff I could mention. It is my belief that certain folk those of us who see in a different way than the masses will become targeted if one writes or says the right things about the wrong people then you'll be on the list.

I was also told many times this phrase we search far and wide for people like you , far and wide. Now I am not saying for one moment that there are no Real factual Non Human Entities as I believe there has to be. None the less this fake abduction and abuse does happen as you people are likely are aware if not by experience then by common sense. My adult experiences started when I was 22 yrs of age , I had got my self in a bad predicament where there were some lets say influential people this was the beginning of a life of survival not really a life. I'm 56 now in poor health and have a lot to write about , sounds corny but there are quite a lot of things that I could never write about. One thing I will add here is that at one time those of us who have an ability to disassociate were looked for however I know nowadays this is not needed you only have to look at how the public have been calmed down and subverted and controlled.

Uk 1970's 1980's and part of the 1990's Riots happened over anything that was deemed highly illegal and where nothing seemed to happen to the perps , then the 1990's came along so did the cell phone towers and since then here in the UK there has been the most atrocious events from Rape Gangs on young teens , yet no kick offs no full on riots. How can a Country change like this , there is so much factual information pointing to massive world wide corruption against the peoples of the world. yet nothing but ordered assemblies marches round industrial estates etc. No one seems to get angry unless their MKU victims then of course their mentally ill or some other thing. Carrier waves introduced on a massive scale in the mid 1990's and now the next big move the Fifth G. Not forgetting the Grooming of young kids in the schools no one should be speaking about sexual preferences to the children. Yes there are schools whom allow these dit dot sexuals to read books at rainbow time.
Now each to their own what a person does behind his or her door is their business bringing it to the Children though needs to be stopped. Ive gone on one slightly sorry for that and well of topic. Now people one other thing here and that is the description or should I say the word that is given to the ultra super rich controllers "the elite" is there not another title that should be given no point this being totally insulting as it may not take off. Just I cant bring myself to call some or most of these people Elite. So any suggestions would be great keep it clean but meaningful. What are these people the ones in the dark hidden out of site behind the curtain? 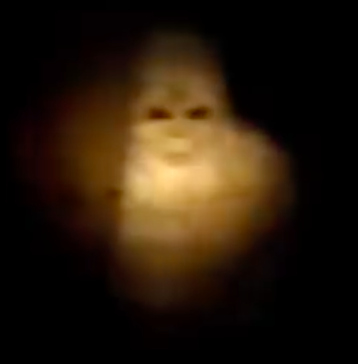 I'd like to hear more about that abduction experience you mentioned...You had been sedated somehow and brought to the place with the steel plate gurney? Were the 5 ft people surrounding you all looking like humans? (I guess that's why you call it 'FAKE Alien Abduction'?)
I agree with your points of view, and I think reality is much more complex than we (yet) as average people know about. I won't call them 'elites' either, because they are parasites, but these individuals wanting control of humanity may be in 'league' or being guided by dark spiritual entities from another dimension...It's still something I am trying to find an answer to, but those Controllers fear what will happen if the population of Earth realizes their true potential and dismantle the Slave System. They don't want intelligent people asking too many questions, they want "obedient workers", as the late, great George Carlin put it.

Hi, i'm from italy. Here in italy we have a chemistry professor at the Pisa university, now retired, that has been an ufologist for 40 years, and he studied about 3000 cases of abductions. He talked with 3000 patients in hypnosis, and, to cut it short, aliens abduct lot of humans (he thinks about 10% of the population). All of his patients described the same 5\6 races of aliens, they do the same things in abductions, etc, there a re several videos on youtube on him interviwing patients in hypnosis and about patients recalling and describin experiences of the abduction.

Basically, aliens abduct us to steal our energy, and to impregnate womans...

If u want to know more, ask