The Lies Exposed by the Numbers: Fear, Misdirection, & Institutional Deaths (An Investigative Report)

(This should be replicated for all Lockdown countries...Data) 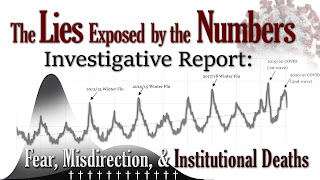 On April 30th, 2021, Canada published a weekly COVID-19 epidemiology report that included a simple breakdown of cases and deaths linked to outbreaks, organized according to the location of the source of infection. Beneath the unassuming superficial appearance of this data set lies the incriminating key to exposing (and prosecuting) a jaw dropping series of scandals.

Once the data is put into context, clear proof emerges that gross negligence on the part of government policymakers directly led to the preventable deaths of thousands, most especially among the most vulnerable that the government claims to be trying to protect. The data also makes it crystal clear why "two weeks to flatten the curve" turned into a never-ending 15-month nightmare and why lockdowns as a strategy were a misbegotten fantasy that was doomed from the start.

The remarkable story told by the data exposes in almost comical relief just how shamefully the government whipped the public into fear by cultivating a sense of vulnerability that is entirely out of touch with reality. But the data set goes even further than that. Written in black and white in the government's own official numbers, published by the Public Health Agency of Canada, lies the evidence that the blame for much of the dying lies squarely in policymakers' hands for decisions taken on its turf, behind institutional walls, and not with the individual actions and choices made by citizens out in the broader community.

No matter how familiar you think you are with the chaos that has unfolded over the past 15 months, I guarantee you there are surprises in this investigative report for everyone. And I believe it contains the conclusive evidence to hold our leaders legally accountable for the lethal consequences of abandoning long-established pandemic protocols, which were meticulously-documented in the WHO's 2019 pandemic planning guide and which were specifically designed to prevent the epidemic of fear and DIY ad-hoc rule-making that have been on display throughout this crisis.

So, over the coming paragraphs I am going to take you on a guided tour through the pandemic, simply by providing context to the numbers. The tour starts slowly with revelations that you would expect if you have been paying attention over the past year and a half. But as the layers of evidence begin to stack up, one on top of the other, and the implications of each layer become clear, the fog of the last 15 months of chaos will begin to lift. What emerges is a shocking story of scientific misconduct and breach of trust, which reveals the horrifying - and deadly - consequences of stripping data of context and allowing government to evade transparency.

I have laid out this horrifying story to help us all gain perspective, to serve as a tool to rescue loved ones from the government's shameless fearmongering, and to provide lawyers with a fully referenced framework, with links to original data sources throughout the text and/or in chart captions, to help them build cases to hold these people accountable for what they have done. 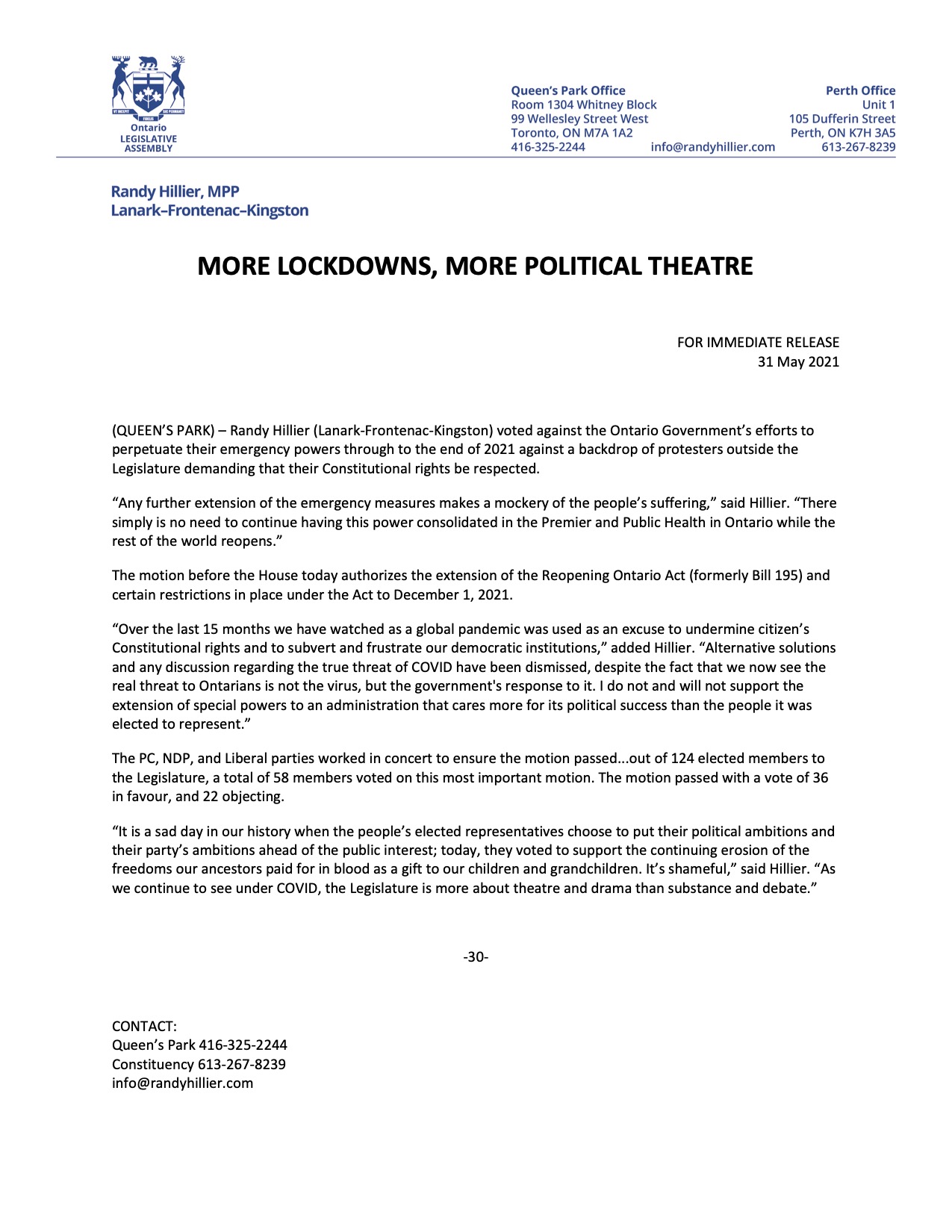 KILL OR BE KILLED

I am the ONLY person who can speak with any authoritative knowledge of 10 South – the “HOLE” where Jeffrey Epstein supposedly killed himself which is a joke! When they were taking my lawyers away, they did not want them to talk to me. They amazingly put me in 10 South with all the terrorists which is the MOST SECURE facility in New York City – PERIOD! They later said they had no idea how I got there. This is where the Feds love to torture people. Let me make a fundamental statement that nobody in the media talks about. They have a SPECIAL ROOM for people on suicide watch. Epstein was not in that cell. It has a large concrete bed with perhaps a 1-inch plastic mattress. Your hands and feet are tied so you cannot harm yourself. I was in the HOLE there not on criminal charges or anything – but in civil contempt of court t thrown in with the terrorists from the World Trade Center attack – the 1st one. I was not in the suicide cell – you knew that was the ultimate torture chamber.

On July 25th, 2019, I warned that Epstein would NEVER be allowed to go to trial. They tried to kill me, but I survived after being in a coma for several days. This is what they do when they cannot take you to trial. Remember the torture they were doing in Abu Grab? The US pays professionals on how to torture. There would be nobody in Guantanamo Bay prison if they were guilty. They would put them on trial publically and pump up the press and the prosecutors would become famous and then run for political office. Their best case was put on trial and the jury found him innocent of over 200 charges and guilty of only one count of conspiracy.

Epstein would have been able to call everyone to the court as a witness. It would have been the most sensational trial in history – if real. There was no way he would be allowed to go to trial any more than There are still 40 detainees remaining at Guantanamo Bay. From inside sourced on Capitol Hill, I was told they tried to release them quietly but they were killed back home assuming they were converted to CIA spies. They have been completely denied Due Process of law and anything that remotely resembles human rights.

The American Judicial System is nothing more than political persecutions. They NEVER thought I would have survived. Not a single mainstream press ever took note that HSBC pled guilty and returned all the money to my clients while pocketing $400 million in profit – the difference between $1 billion and what they paid $606 million..

FFWN: “YOUTUBE WILL ANNIHILATE MY CHANNEL IF I EVEN MENTION THIS” (WITH E. MICHAEL JONES)


The Twilight Zone, Hogan’s Heroes, and the Emotional Support Mask

"Got Jab -- No More Fly" --- Airlines realize they may be liable for people susceptible to blood clotting at high altitudes.

"The airlines are now discussing their liability and what to do with the vaccinated since they are not allowed to fly because it is a health risk. These discussions have only just begun but it looks like anyone who is vaccinated will not be allowed to fly. The unvaccinated, on the other hand, will be able to board in peace."