Stone X Group director of global macro strategy, Vincent Deluard, has encapsulated
the situation quite crisply: "I would summarize 2020 as the bear market for humans.
Like many things, Covid-19 is just accelerating social transformation, concentration
of wealth in a few hands, massive inequalities, competition issues and all that.

A Debate on the Existence of God: The Cosmological Argument -- F. C. Copleston vs. Bertrand Russell


MASS COVID MRNA INJURIES, DEATHS. IT'S LIKE A WAR THEY ARE COVERING UP.

Greece launches issue of digital “vaccination certificate” as of Feb 19

Greece has launched the issue of “digital vaccination certificates” as of today, Friday, February 19, 2021.

“The vaccination certificate is now available for the citizens who have received the second dose of the Covid-19 vaccine,” Minister of Digital Government, Kyriakos Pierrakakis, said on Friday morning.

The certificate is available on the gov.gr platform and to obtain it one needs:

Username and password as for Taxisnet to log in.
Social Security Registration Number (AMKA).
Once issued, the certificate can be sent both in electronic form and printed, for use or to show it at any service.the service.

At the same time, those who wish one can be able to receive it, from Monday, February 22, 2021 at the KEP Municipality offices following an appointment.

The data are obtained from the vaccination register of IDIKA.

Speaking to state-run news agency amna, Pierrakakis said that “the digital certificate is secure, it cannot be forged and has a digital stamp.”

According to media, over 15,000 certificates have been issued within a few hours after the platform opened for the certificate.

Expect to get COVID-19 shots for years to come, Johnson & Johnson CEO says “I think most people feel that this will be something where, for the next several years, we’ll be getting a COVID-19 shot, just like we would a flu shot.”— JNJ CEO Alex Gorsky"

In an interview with CNBC, Gorsky said mutations of the coronavirus will necessitate regular changes to vaccines.

“Now exactly what that shot’s going to be comprised of, I don’t think we know today,” he told CNBC’s Meg Tirrell. “But I think we can all imagine a future where we’re living with this, but where we can keep the science at pace with the virus so that we can keep on living our lives.”

Last week, Johnson & Johnson JNJ, -1.67% submitted its coronavirus vaccine candidate seeking emergency-use authorization by the U.S. Food and Drug Administration. The FDA’s decision is expected before the end of the month, and if approved, the one-shot vaccine could start being distributed in March.

Gorsky on Tuesday reiterated the company’s expectations that it can produce 100 million doses of the vaccine by the end of June, significantly bolstering the U.S. supply.

Is the real Klaus Schwab a kindly old uncle figure wishing to do good for humanity, or is he really the son of a Nazi collaborator who used slave labour and aided Nazi efforts to obtain the first atomic bomb? Johnny Vedmore investigates. 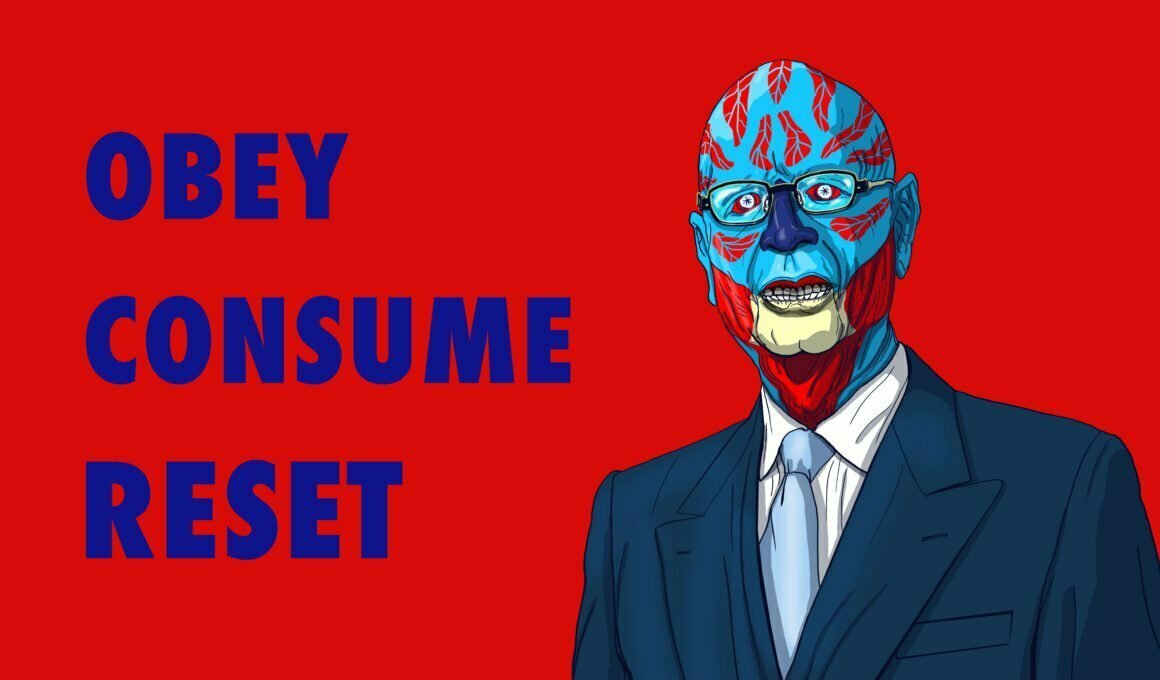 On the morning of 11 September 2001, Klaus Schwab sat having breakfast in the Park East Synagogue in New York City with Rabbi Arthur Schneier, former Vice President for the World Jewish Congress and closely associate of the Bronfman and Lauder families. Together, the two men watched one of the most impactful events of the next twenty years unfold as planes struck the World Trade Center buildings. Now, two decades on, Klaus Schwab again sits in a front row seat of yet a generation-defining moment in modern human history.

Always seeming to have a front row seat when tragedy approaches, Schwab’s proximity to world-altering events likely owes to his being one of the most well-connected men on Earth. As the driving force behind the World Economic Forum, “the international organization for pubic-private cooperation,” Schwab has courted heads of state, leading business executives, and the elite of academic and scientific circles into the Davos fold for over 50 years. More recently, he has also courted the ire of many due to his more recent role as the frontman of the Great Reset, a sweeping effort to remake civilization globally for the express benefit of the elite of the World Economic Forum and their allies.

Schwab, during the Forum’s annual meeting in January 2021, stressed that the building of trust would be integral to the success of the Great Reset, signalling a subsequent expansion of the initiative’s already massive public relations campaign. Though Schwab called for the building of trust through unspecified “progress,” trust is normally facilitated through transparency. Perhaps that is why so many have declined to trust Mr. Schwab and his motives, as so little is known about the man’s history and background prior to his founding of the World Economic Forum in the early 1970s.

Like many prominent frontmen for elite-sponsored agendas, the online record of Schwab has been well-sanitized, making it difficult to come across information on his early history as well as information on his family. Yet, having been born in Ravensburg, Germany in 1938, many have speculated in recent months that Schwab’s family may have had some tie to Axis war efforts, ties that, if exposed, could threaten the reputation of the World Economic Forum and bring unwanted scrutiny to its professed missions and motives.

In this Unlimited Hangout investigation, the past that Klaus Schwab has worked to hide is explored in detail, revealing the involvement of the Schwab family, not only in the Nazi quest for an atomic bomb, but apartheid South Africa’s illegal nuclear programme. Especially revealing is the history of Klaus’ father, Eugen Schwab, who led the Nazi-supported German branch of a Swiss engineering firm into the war as a prominent military contractor. That company, Escher-Wyss, would use slave labor to produce machinery critical to the Nazi war effort as well as the Nazi’s effort to produce heavy water for its nuclear program. Years later, at the same company, a young Klaus Schwab served on the board of directors when the decision was made to furnish the racist apartheid regime of South Africa with the necessary equipment to further its quest to become a nuclear power.

With the World Economic Forum now a prominent advocate for nuclear non-proliferation and “clean” nuclear energy, Klaus Schwab’s past makes him a poor spokesperson for his professed agenda for the present and the future. Yet, digging even deeper into his activities, it becomes clear that Schwab’s real role has long been to “shape global, regional and industry agendas” of the present in order to ensure the continuity of larger, much older agendas that came into disrepute after World War II, not just nuclear technology, but also eugenics-influenced population control policies.

A lot more here, to long to post, a must read to know our common enemy....

“The mRNA lipid-coated PEG-construct– by Moderna’s own study–does not stay localized but spreads throughout the body including the brain."