Dr Judy Mikovits & Dr Bryan Ardis will both be joining me today on Truth Warrior for a deep dive into Judy's recent presentation series on the reality of snake venom use in the pharma industry and the military.

The struggle against persecution to establish a new society

It’s not the most comfortable thing learning that you’ve been raised an unwitting slave. It’s especially hard when you’ve been told you live in a free society, and that you’re at the pinnacle of cultural and technological sophistication. It’s almost unbearably hard when those around you cannot perceive their own chains, and defend their jailer to the death.

Our planet has been run as an open prison, using identity theft, legal subterfuge, and tax farming to steal our human energy and natural abundance. The mutating system of enslavement has a long history that takes in the modern Ukraine, City of London, Washington DC, and Vatican; Venice and the Silk Road; the Holy Roman Empire; ancient Rome, Carthage, and Phoenicia; and all the way back to Babylon.

“It’s Biblical” is not a trite phrase to describe the emancipation of humanity from thousands of years of well hidden captivity. It is an accurate description of our past, present, and likely future. It seems to me that the whole of history can essentially be encapsulated into a story of worship. For we all hold something in the highest possible esteem, whether we acknowledge it or not.

My observation right now is that a small number of people are “leaving The System™” — let’s call it Babylon for simplicity — and working to establish a new emancipated society. Meanwhile, I see two groups of people working to maintain their existing comforts and privileges, attempting to find an accommodation with Babylon. They are both faith communities, but their faith in each case is in the institutions of man.

The first group are the Scientific Materialists, whose unspoken religion is Postmodernism. They worship knowledge for its own sake, gaining social advantage by “credential domination”. I count most of my former associates in the technology industry intelligentsia in this group. They are all too often intellectually arrogant, which makes them vulnerable to spiritual subversion: they presume their education and in-group consensus makes them invulnerable to deception.

This group now faces an epic humiliation. If we take the case of the election fraud in America as an example of the creed, it’s been edited out of existence in their ideology. If you don’t discuss something, it isn’t real, because truth and morality are decided by the group. Notionally they are individualists and liberal, but in reality they are collectivists and authoritarian.

This groupthink is about to come crashing down. At least the two thousand ballot box stuffing mules got paid for their corrupt work; these “twenty million morons” have lost their conscience and reputation in return for nothing. Their moral relativism and denial of evil make them easy marks for devilish schemes. They have achieved all kinds of privileges within the Babylon system, and these will be stripped away as it collapses.

My sense is that this group has been caught in a trap: they are unforgiving and unforgiven. That means a small error made under prideful conditions cannot be reversed easily; instead of losing face, they double down on the mistake. Anyone who challenges the orthodoxy is expelled, to maintain the illusion of a false normality. I have been kicked out of groups for questioning orthodoxy on telecoms network architecture, as well as the scientific basis for muzzling children.

But they are not the only people struggling with pride and forgiveness. The other group, and possibly the one in even greater trouble in the end, are the “Conservatish Christinots”. In principle they say they seek ultimate truth and righteous action, and accept that evil exists. These are people who have voted the “right” way, attended the “right” church, said the “right” words, associated with the “right” people, and behaved with the “right” manners. But their deeds are not so right.

Notionally they have sought “the way”, but in reality they have been equally addicted to personal comfort and in-group respectability. The intelligentsia at least retain a shred of integrity by not claiming to be godly people. Meanwhile, those who take the name have attained a dangerous pride in their self-proclaimed superiority over the first group. If the former face mere humiliation, the latter get punishment for taking the name of the divine in vain.

My sense is that this second group worships self-image via clear location in the institutional hierarchy. They seek to gain status not through the revelation of the wonders of natural science, but rather by the perfect understanding of how to behave “nicely” in Babylon. Their refinement and respectability insulates them from the real costs of speaking out against corruption, disassociating from wrongdoing, and actively opposing the abuse of power.

The hardship of the last few years feels like a test that has brought out the true nature of each person and institution, and made it manifest to all. Specifically, it surfaced who or what we actually worship. Those on the side of truth and justice have resolutely resisted the pressure to conform to wrongdoing; there’s a real cost to having a conscience, and it cannot be faked. Many of us have been persecuted: I have lost my career, many friends, family ties — and been smeared in the press.

Observing these two groups I note a commonality: an unwillingness to make any personal sacrifice for doing the right thing. It’s always the job of someone else to go to war, fight against evil, and risk all they have. They keep on in their Babylon jobs and Babylon churches, with private discussions that reassure themselves of how much better they are versus their comparative “untouchables”. As long as nobody actually takes an active stand, or endures hardship by taking a lead, all is well.

For people of faith, if you care about approval, acceptance, and accolades — then you’ve missed the “battle against Babylon” point. Diplomas, followers, promotions… our whole world is designed to sucker you towards serving Babylon. Those who take a stand to go against entrenched power will always be hated and ostracised, for they show up the cowardice, weakness, and folly of those still enslaved.

Having been stripped of my livelihood and fruits of my labours over and over by Babylon, what I really notice is the passivity of so many when others face persecution. I can deal with the absolute hypocrisy of the “liberal” left over free speech; what else did I expect? But what’s really notable is how few will rally round to protect those harmed by deplatforming, or leaving a job that has a jab mandate. It’s almost like suffering persecution is a contagion that others fear.

“That’s such a shame, I hope it all works out for you”. If we are all to collectively transcend a slave-based society then that has to change. Individual resistance to wrongdoing is necessary but not sufficient; it takes faith-based communities to scale. However, these aren’t just about singing hymns together and worshiping truth in the same tent. It’s also not enough to show humility and embrace the pain of reform after making mistakes.

To only provide is to be “all farmer, and no soldier”; that’s not good enough when the Babylonian enemy defines society as an eternal holy war. The end state of Babylon is a slave master class and a slave class; transhumanism is only the latest edition. We have to actively protect one another when Babylon turns up and persecutes those who do the right thing on behalf of all humanity.

For Babylon always descends into a culture of human sacrifice: that’s the inevitable end state of promoting pride and self-interest. This moral catastrophe begins when we assume it’s someone else’s job to make a sacrifice in order for our own conscience to be clear. Getting beyond Babylon is a process that makes doing the wrong thing ever more costly, and doing the right thing ever less painful.

The first step is to look after the dissidents and defectors, because others will observe their fate, and follow (or not) depending on how they are treated. That’s not something that the Scientific Materialists or Conservatish Christinots are willing to do, for they are just two pillars that keep Babylon running. If you aren’t being persecuted by Babylon for resisting their culture of “sacrifice of others for benefit to self”, then you’re probably not doing it right… 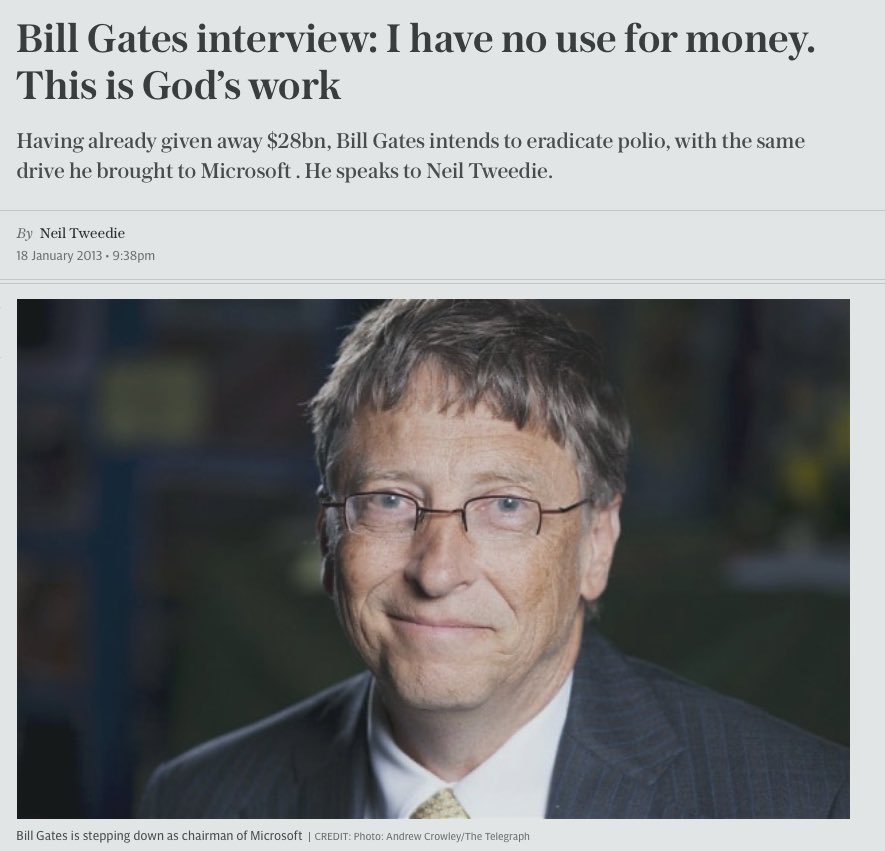 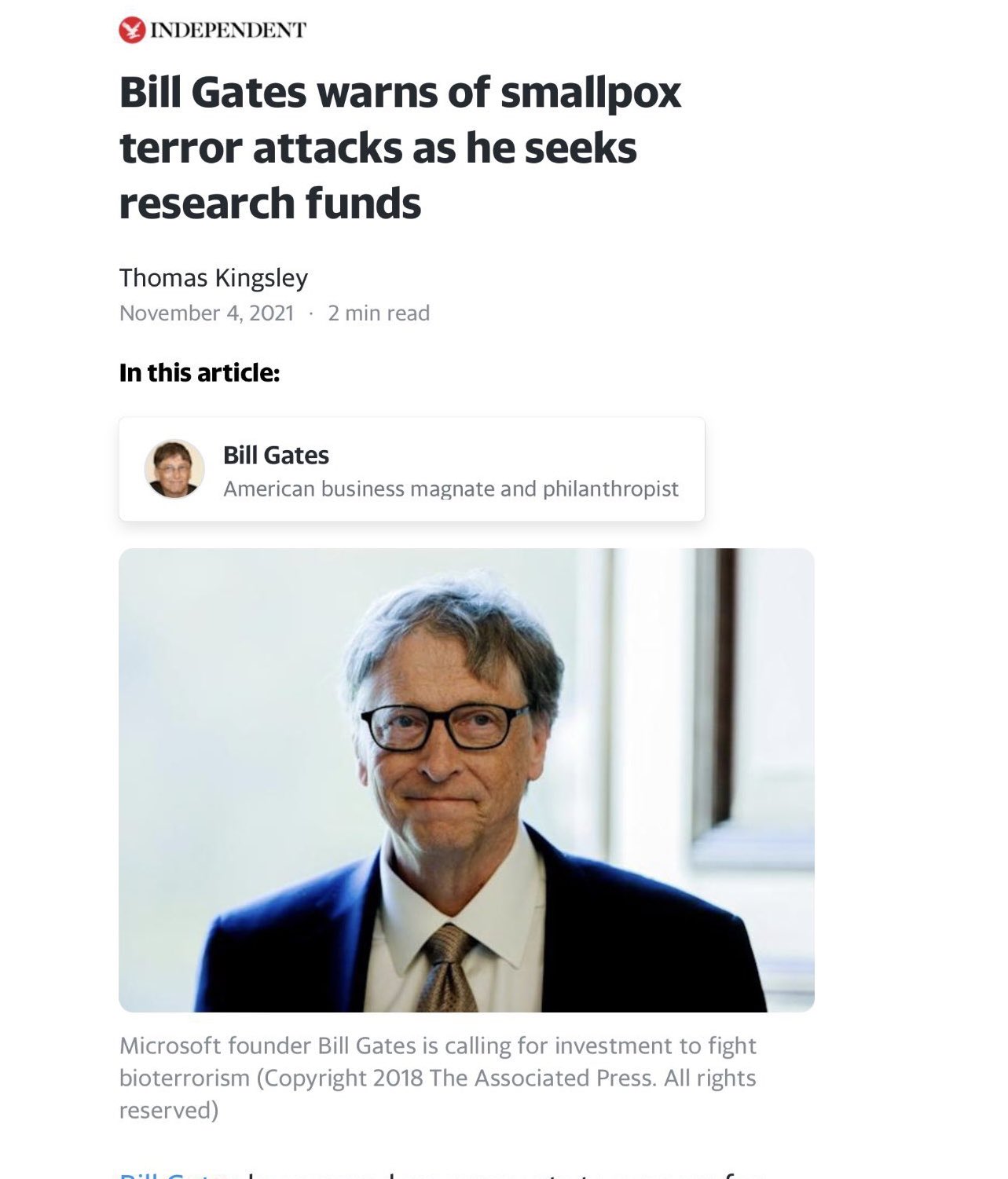 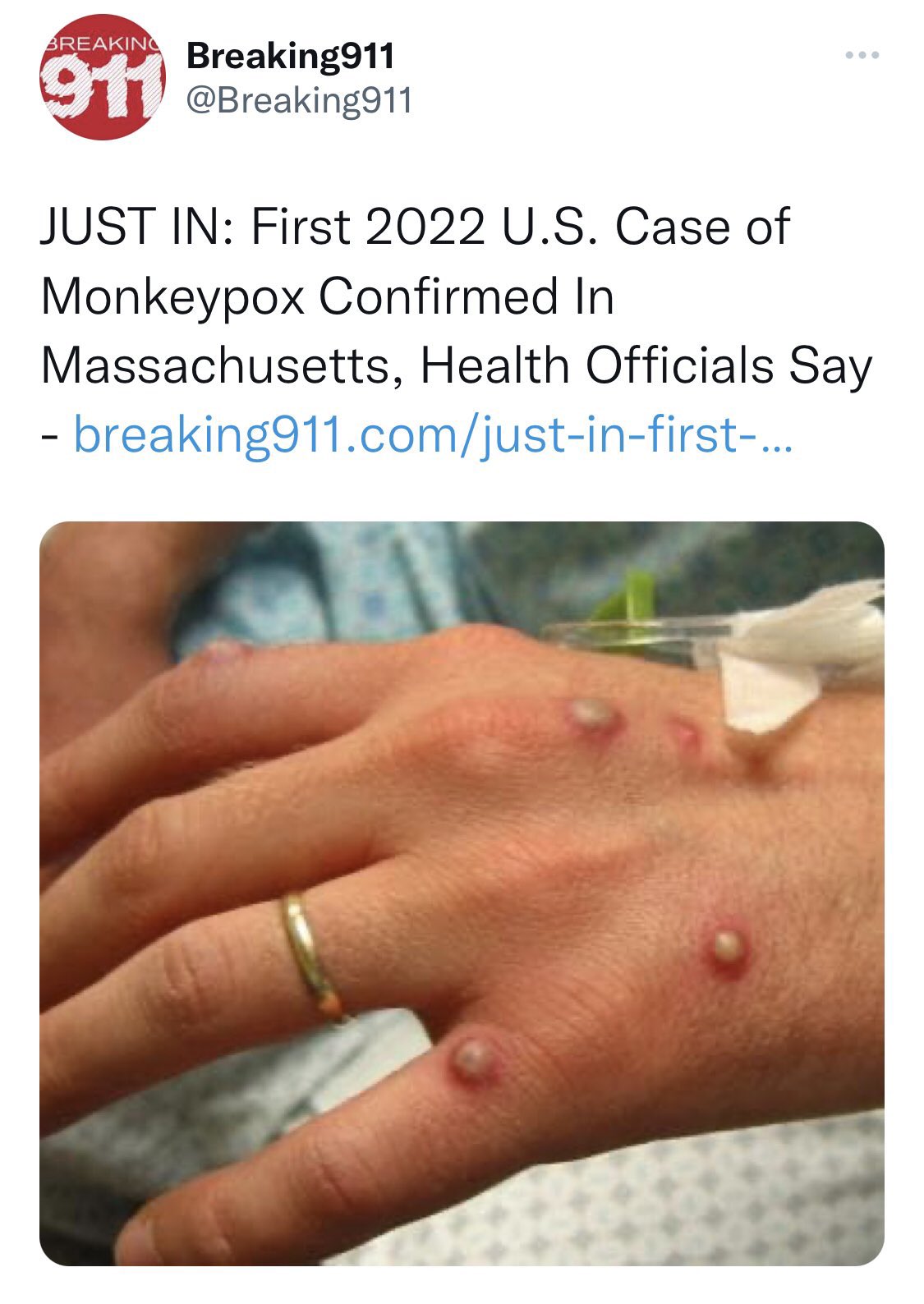 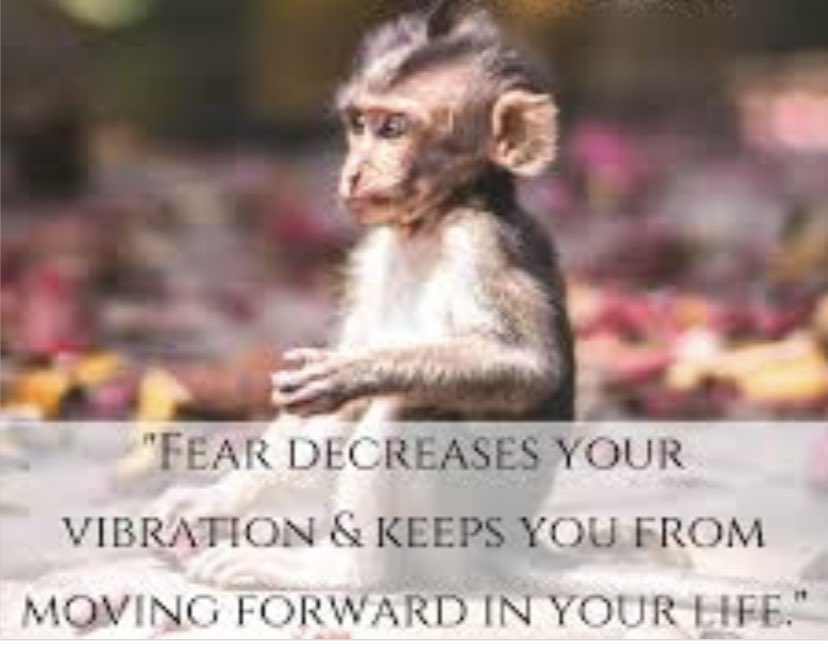 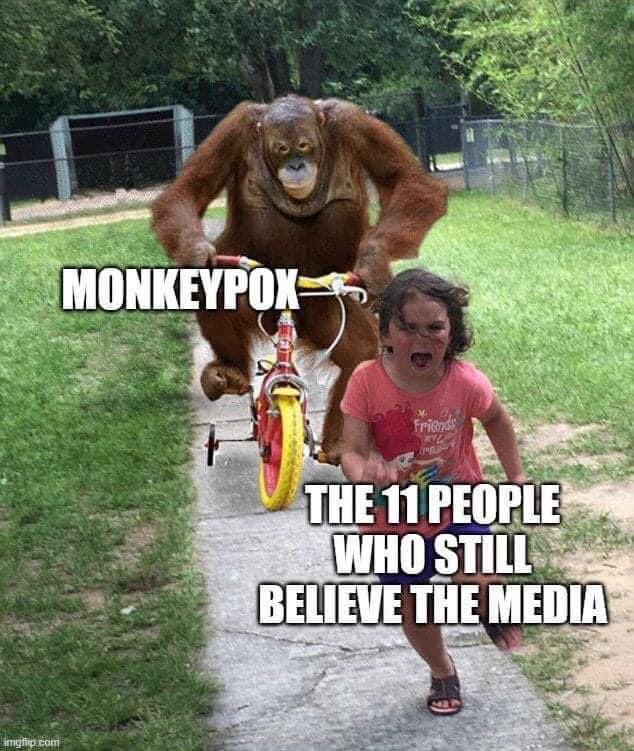 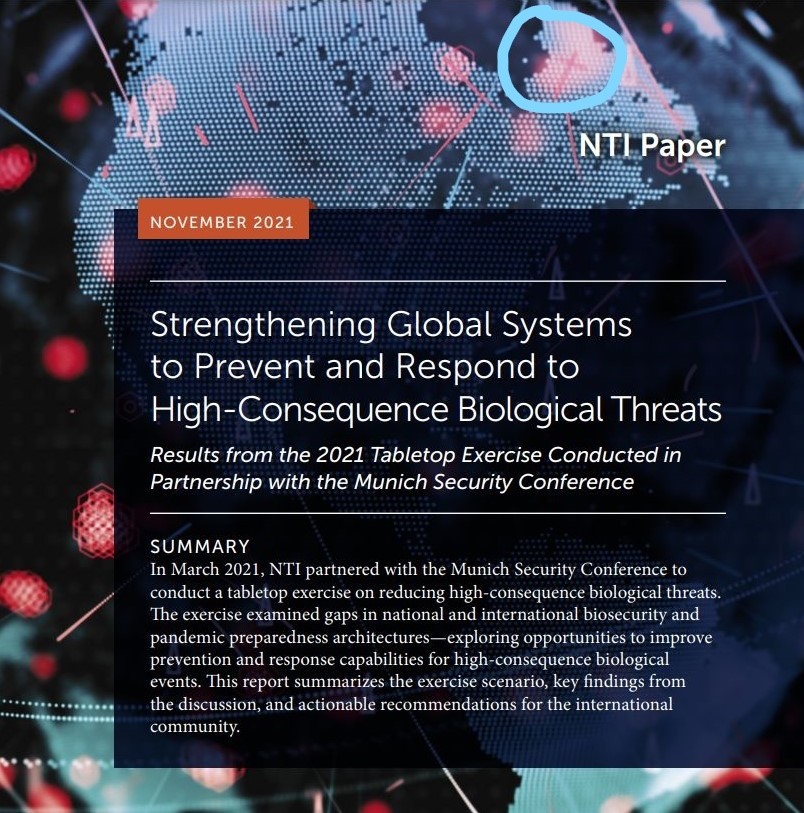 Developed in consultation with technical and policy experts, the exercise scenario portrayed a deadly, global pandemic involving an unusual strain of

virus that first emerges in the fictional country of Brinia and eventually spreads globally. Later in the exercise, the scenario reveals that the initial outbreak was caused by a terrorist attack using a pathogen engineered in a laboratory with inadequate biosafety and biosecurity provisions and weak oversight. The exercise scenario concludes with more than three billion cases and 270 million fatalities globally. As part of the scenario development process, NTI conducted a virtual consultation with experts in December 2020.

(See Appendix A for the list of participating experts.) The exercise was designed for participants to: 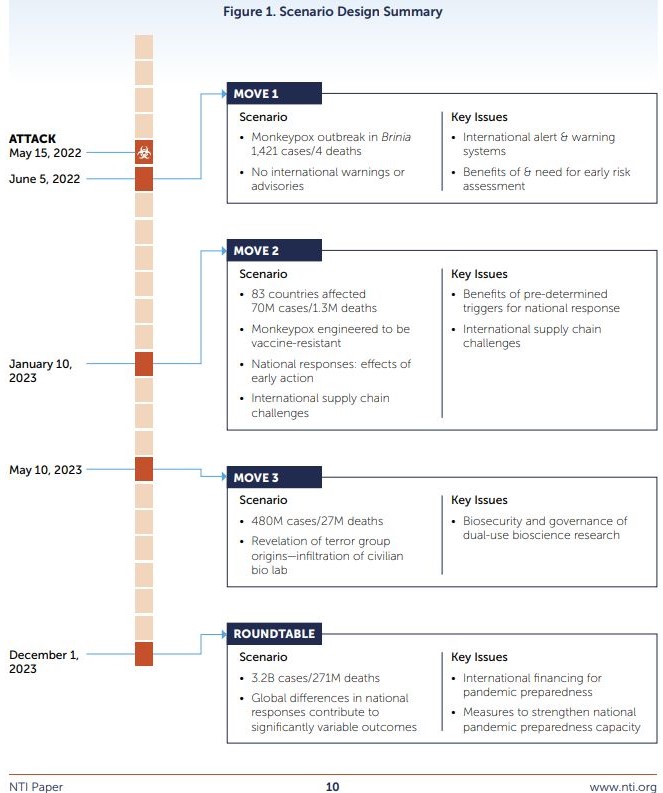 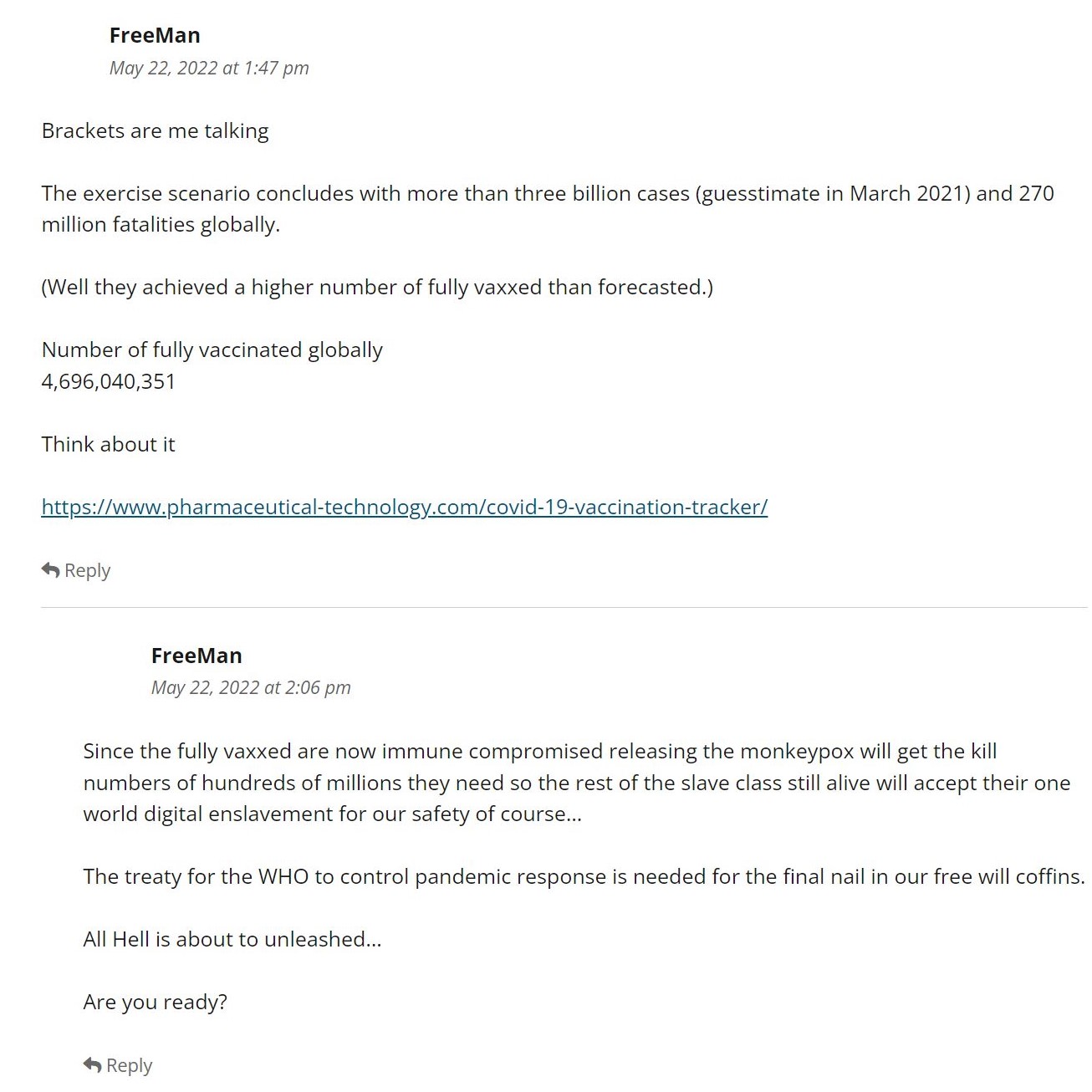 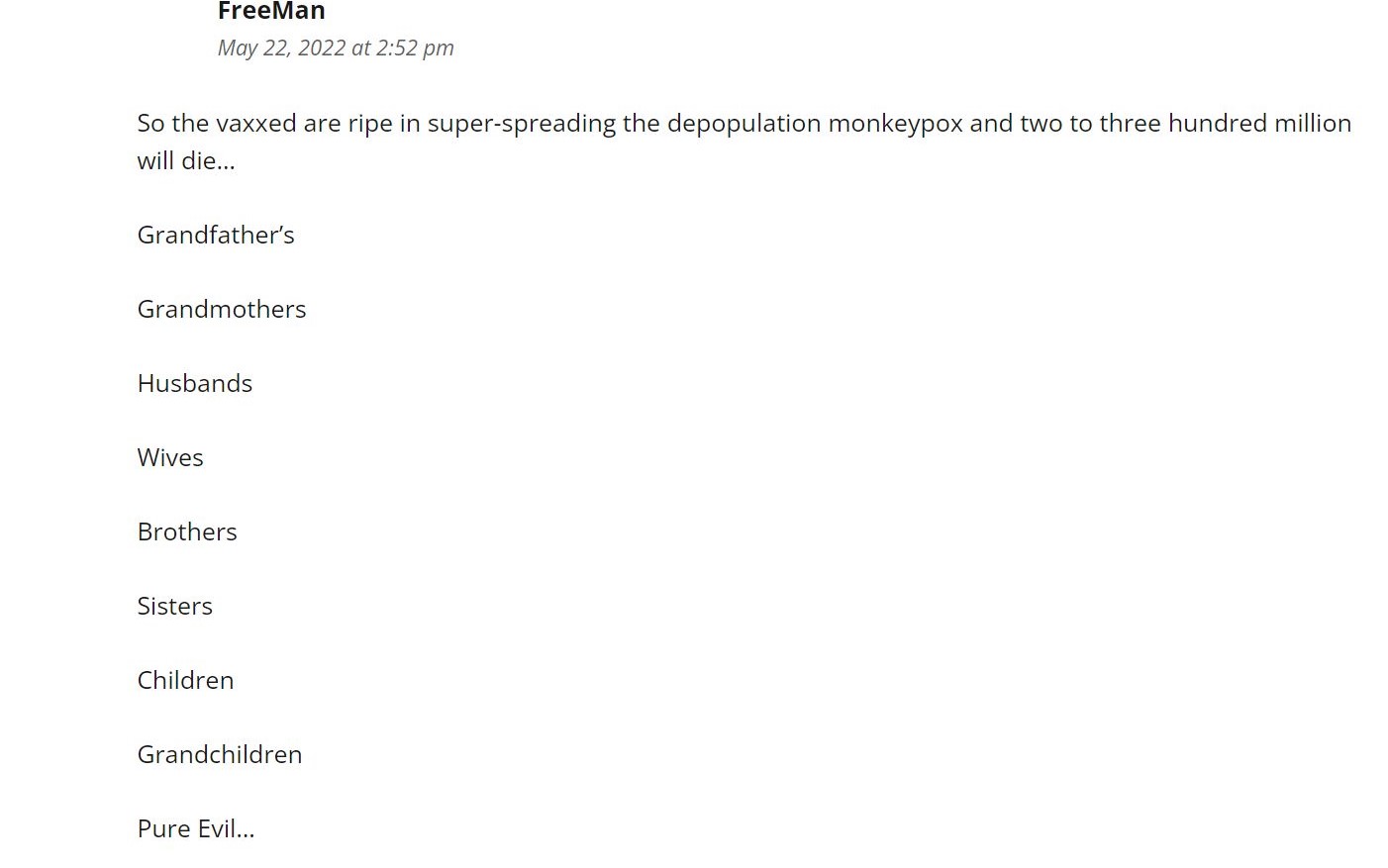