Je Me Souviens - I Remember 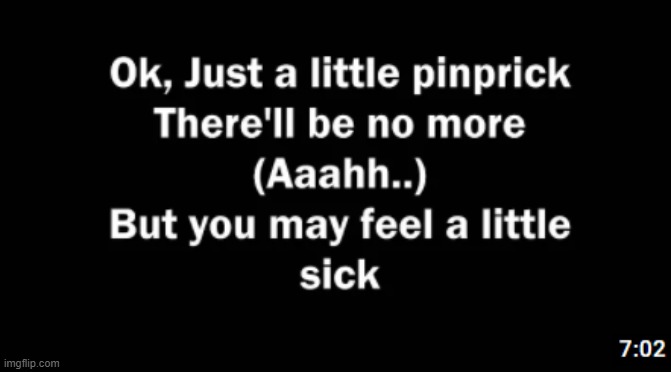 What Do The Evil Ones Say? The Full Moon Lunar Eclipse November 2021 falls at 27º Taurus Decan 3. Aspect: Trine Pluto. Fixed Star: Algol. Tarot Card: 7 Of Pentacles. Healing Crystal: Black Tourmaline.
This Taurus Lunar eclipse will align with the notorious fixed star Algol in the head of Medusa. A total lunar eclipse turns the full moon a vivid blood red. This one, a partial eclipse, should still glow a bright red in the sky. North America and Canada will see this full red Moon in all its glory.

The Moon is usually exalted in Taurus, but there is no such assurance in this decan. Saturn’s impact as the decan ruler can bring tremendous obstructions during the effect of the eclipse. (Lunar eclipse effects usually last three months.) Eclipses ignite dramatic resets as a rule, and this one will be even more intense with the activation of Fixed star Algol.

However, Moon in Taurus 3 will not prohibit achievement indefinitely, so try not to get too glum! Keep in mind, though, at this new Moon, any stardom that materializes will come with some amount of infamy. The melancholia of its Saturn rulership still afflicts the Moon. However, this period is exceptional for those who exploit and make money out of calamity and malaise, unfortunately. Some could find that the agony associated with such a tender moon becomes unbearable.


The seduction of numbing oneself with drugs (Especially alcohol) can be immense at this time alongside the black dog of depression. Feelings of distress could be troubling too. There is a propensity to self-destruction, and those influenced by this Lunar eclipse might feel their lives are cursed for a few weeks.

Despite the trauma, you eventually realize that if the dark fates haven’t killed you, it has made you ten times more vigorous and tough! It can be the phoenix rising from the flames.

Generally, the Moon in Taurus decan 3 supports those who are survivors! Crushed and sometimes shattered, they will resurrect and reshape themselves to proudly display their cuts and bruises.

Around this eclipse, there can be nightmares, but dreams will be remarkably lucid and can even be predictive. Our future visions can also be uplifting and inspiring if we switch off the news for long enough. A ritual to banish severe fears and phobias would be excellent at this full moon eclipse.

The lunar eclipse is trine Pluto as if the rest of the influences weren’t dark enough. The trine usually brings healing, but a trine to Pluto will always have the tinge of the underworld about it. Work that we create at this time can’t help but make a powerful political statement. The art will be profound and involve a deep exploration of the shadow. Sometimes there will be an obsession with taboo sexual practices either as a proclivity or as something we need to expose as corrupt.


ALGOL MOON ~ “VIOLENT DEATH OR EXTREME SICKNESS.” [1] “PLAGUED BY PERSONAL TRAGEDIES, ONE’S OWN OR OTHER PEOPLES. TO HAVE A STRONG SOCIAL CONSCIENCE.” [2]


Algol at 26º Taurus is found in the decapitated head of Medusa, which Perseus is holding. This star has a terrible reputation, as you can see from the traditional interpretations:

“Of the nature of Saturn and Jupiter. It causes misfortune, violence, decapitation, hanging, electrocution and mob violence, and gives a dogged and violent nature that causes death to the native or others. It is the evilest star in the heavens.”

I have written a contemporary interpretation of this star (See full Algol post). Still, I think it is important to look at the original fixed star literature because they can sometimes be astoundingly accurate in mundane astrology (rather than the personal).

Algol was known as the blinking demon as it is a binary star. The Chinese gave Algol the grim title ‘Piled up corpses’ while the Hebrews called it ‘Satans Head’. This star is also associated with Adams first wife Lilith, branded as a vampire and succubus from the underworld. Algol’s contribution to Taurus 3 could be an abnormal sex drive, too much or too little. Some keywords from my article on this fixed star; Creating monsters, splicing, plastic surgery, mutation, playing god, weird heads, unusual hair, perversion, deformities, potency versus impotence, stunning, spine-tingling.


The tarot card associated with this decan is the seven of pentacles. Karmically it shows a succession of lives that have been highly physically and emotionally demanding.

” You have been working so hard for such a long time that you probably haven’t had much time to think about such things. If you don’t, you run the risk of being a slave to your goals forever or just working for the sake of working. You do not need to make any drastic moves or any changes that will destroy all you have worked so hard for. However, you now have the time to raise your head from all the heavy work and take stock of how you proceed from here.” ~ teachmetarot.

So there is a reward here, as this card is about harvest and hard work beginning to pay off. It all depends on just how much work you have done. In this decan, one reaps what one sows, and there is no way to cheat nature. “Black tourmaline has been used since ancient times by Shamans and healers for protection. Black Tourmaline is considered by many to be the most powerful protective stone, and it is one of the only stones that protects and heals on all levels – physical, emotional, mental and spiritual….

Black Tourmaline is a must-have for anyone working in the healing profession. Those working with sick or mentally ill people will benefit as these people literally “suck” energy from you if you are not protected.” ~ Shaman Sisters

Black Tourmaline is a classic crystal if you need super tough shielding from destructive forces. This crystal helps us correct self-destructive behaviour and forces us to take responsibility for our actions. But it also lets us address our shadow, so we are not always blaming our ‘bad luck on the behaviour of others. This crystal is perfect for an Algol eclipse and will enable us to turn everything around and attract positive rather than negative energy into our lives.


I don’t want to sugarcoat an Algol eclipse, but at the same time, I also don’t want to scare the living daylights out of everyone. We are in the dark months of the year in the northern hemisphere, and the long nights make it appropriate to do some psychotherapy on ourselves.

Instead of binging on Netflix programming, get stuck into the complete works of Carl Jung. Take the Briggs-Meyers personality test or something like that. Get to know yourself, so you are comfortable with being alone with your company. Pluto and psychos go hand in hand, but transmuting this obsessive energy would be the very best way to use this rich dark void. Cast the blinking eye of Medusa on your own psyche.

In the myth, Perseus could not directly look at the gorgon, or her stare would turn him to stone. So he used a mirror to slay her through her reflection. Just like Perseus, you have the opportunity to see reflections of your shadow in events around you at this Lunar eclipse. The trick is to face your demon without wallowing too much in the shadow work.

Approach the beasty sideways, not directly and keep hold of whatever lucky charm, talisman or crystal you resonate with. Sometimes we have to psyche ourselves into bravery! So if clinging to a Black Tourmaline feel likes protection for you, go for it.


EVIL can only destroy what is good and holy which is your physical and spiritual death...

Remember EVIL convinces us that their truths are good and God's truth is evil.

Everything EVIL does is inverting , twisting and straying us away from what God wants and needs from each one of us

When I was a boy, my grandpa (an old, now dead, Arab sailor) told me a story about encountering a "ghoul." He described the creature as a pitch-black humanoid looking shadow that appears on ships in the dead of night. Ghouls are said to drink blood and steal coins (sounds like the ruling elite).
It devours unsuspecting sailors and then takes the form of the people it eats (to scam/deceive more people or devour them).

(More Posts To Come This Night)

I have to pull it all together so please be patient