Covering the subjects of Astrology, Tarot, I Ching, Dowsing, Numerology and all other forms of divination.
Post Reply
1 post • Page 1 of 1

A lot of years ago Numerological knowledge varied according to the region, culture and time of the history. However, a lot of mathematicians used to appeal to numerological practices. They studied Numerology though for a long time it wasn′t considered a science, but gave the needed answers on the questions in some incomprehensible way. Numerological roots origin from Chinese, Japanese, Indian, Babylonian and Egyptian cultures. After the popularization of Numerology, Roman and Greek cultures adopted this knowledge and enriched it with unique vibes. 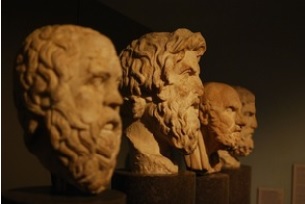 Pythagoras was a Greek philosopher and mathematician who created the Pythagorean system. He thought the reality to consist of mathematical processes. He was sure that the world is only a set of mathematical calculations. He claimed that everything around us can be explained by numbers, as each number has a certain vibration attached to it. Pythagoras was inspired by the studies of Plato and Socrates, developed the ideas of the wise. His point of view was studied by Christians including St. Augustine and gained popularity during the Renaissance. 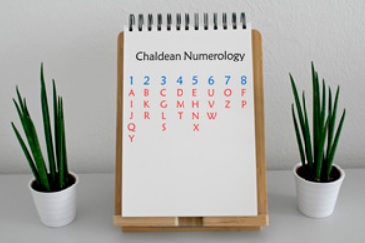 
Chaldean Numerology has a lot of fans, as it can provide spiritual knowledge and lead you through very mystical and deep study. It is also an amazing option for those who like mathematics, as Chaldean numerology can show absolutely new approach in using numbers. The second name for it is Chaldean Gematria. It is a numerological technique that attaches the values of numbers to corresponding letters. This way we can decipher the signs the numbers give us.

Chaldean Gematria (another way to call it) is a numerological system that attributes values of numbers to letters, so people can define numerological signs. Nebuchadnezzar (Iraq today) was a place where the largest initial community of the Chaldean System existed.
This society had very strong prophetic abilities, however, it is also famous for its well developed religious structure. Chaldean culture left a legacy of the most strange and mysterious books, sacred readings and mythology. Later, in the 19th century these reading gained popularity in the occult circles. Nowadays, the occult traces of Chaldean culture exist no more, but its numerological system withstood the test of time and is very popular among numerologists. It is connected to astral aspects and spiritual connections.
How does it work?

Each letter has a particular number value from 1 to 8.
In Chaldean Numerology the name of the person is transformed into corresponding numbers. Each number obtains a certain vibration. In the end, the numerologists follow the vibrations of the name. Then comes the hardest part: to interpret the vibrations meaning.

For example, let’s take the commonly known name – Beth. At first, we look for a number value in this name. We have a special chart for this. Then you compare the letters to the numbers: B is 2, E is 5, T is 4 and H is 5. Add all of the numbers and you get 16. This number symbolizes the influence that leads Beth. A common practice for Numerology is to reduce two- or three-digit numbers to single-digit. Here we reduce 16 to 1+6 = 7. This number represents how others perceive Beth, her footprint and image according to others.

The meaning of the numbers:

Each number in Numerology means something and has a unique characteristic. It is easier to work with single-digit ones, as the meaning is absolute and less vagueness is present, so the person gets more understanding on what the numbers want to address.
0. The real talents of the person are not available yet. A lot of things around are fake and a great need to filter your words and connections is present.
1. Independent, confident and leading. The number of strength.
2. Adapting and agility, inner balance and unity.
3. Changing and developing situations in life, twist in life is coming.
4. Focused and determined state of mind, prosperity at work, increased sense of discipline.
5. Tendency to travelling and boosted creativity, love to independence.
6. Amazing tutor or consultant. The life filled with important activities.
7. Smart and reliable person, curious and with high moral values.
8. Determined, goal-oriented, seeking for financial stability and robust person.
Why is the Chaldean Numerology unique? 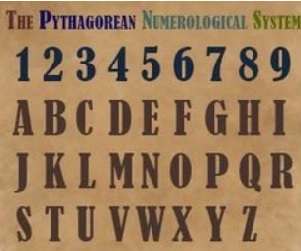 Western or Pythagorean Numerology system is one of the most popular systems nowadays. Lots of numerologists say that Chaldean system is the most precise, but still lots of people prefer to work with Pythagorean, as it is easy and understandable. It is simple in practice and studying.

The father of this type of Numerology is Pythagoras – the wise man of the Ancient Greece. He lived in the 6th century BC and famous as the philosopher and mathematician.

This approach to Numerology shows the type of your personality, your motives, aspirations, impulses that accompany you during your lifetime. It is possible to find out your inborn talents, characteristics, concepts using this method. This is the reason why we need to include the full name with middle name into the calculations, as the Pythagorean system does.

This system uses modern Latin alphabet. Every letter of the alphabet has a correspondent numerical value from 1 to 9. However, the letters K – number 11 and V – number 22 are not reduced, as they are master numbers.

When you try to calculate your numerological chart or any other number, it is needed to reduce the resulted number into single – digit to get the clearest reading of it. Pythagorean system works only with one – digits

This system contains 5 very important numbers. Two may be calculated using your birth date and three – through your name.

Life Path number: shows the road of your life and the possibilities and challenges waiting for you.

Name number:tells you about the power of your name.

The Soul number: revels your real feelings, concerns and the part of you which is available to you only.

Personality number: provides information about your image and reputation in the eyes of others.

Birthday Number: depicts what you let others know about yourself.

5 numbers give us a profound picture of who you are. But there is also a sixth number called Attitude number which gives us a hint on how to improve the way we live and be a happier person.

Attitude number : additional, but influential number that shows your disposition in life.

If your Attitude Number is not in harmony with your Life Path Number, then you will confuse the people in your life.

The highest importance among numbers takes Life Path number. It is a basic step to understand a person and get more needed information.

Very often people are interested whether they are compatible with some people or not. These people mean not only romantic relationships, but also work, family, community, and others. Pythagorean system is accurate enough to provide this information and evaluate the level of harmony in person’s relationships.

The numbers in this system have positive and negative meaning at the same time. If for example your Life Path number matches the number of other person, it doesn’t mean that you will be in harmonious relationships, because either you or another person can manifest negative side of the number.

Even in cases when Life Path number is harmonious in both people there still can be some problems. Every number has two sides – positive and negative. If you expect the person to behave in a special way, you may bring out their negative energy out of the number. So this is a hint for you to expect only the best from people, it will reduce the chance of negative number manifestations. It can even become an important twist in your life. You deserve more than low expectations, so don’t hesitate to break these templates in your mind. Because when you know that you are compatible with someone, it is a time to give it a shot and expect only the best for yourself and your partner.


Interesting indeed. Interested to go deeper into that topic. In my younger days I lived a year with some people who were really into kabbalah numerology. Learnt some, but personally I was more into other types of numerology: http://numerology.center/numerology_types.php

Kabbalah Numerology originated from the Hebrew culture. The right way to pronounce this word is ′Ka ba la′.

Background of Kabbalah Numerology
Kabbalah system was widely used in Hebrew spiritual sciences, and it mostly consists of Hebrew alphabet. ′Kabbalah′ means ′the intellectual work′, rather than the practical or body experience. Kabbalah system implies people to be really honest in order to get the insight.
Different numerological systems work with different information about the person. In case of Kabbalah system you will need only the name of the person. It is the reason why it is not popular among people, as it seems less efficient.

The method of Kabbalah System
Each and every letter of the alphabet symbolizes a particular value, as it is shown in the chart:

Hebrew alphabet is a foundation to find the numerical value of each sign. Only the most common numbers are usually taken into account, as the Kabbalah has more than 400 values. The main purpose is to find the right Kabbalah number for each person.

How to Find A Kabbalah Number
If you want to find your Kabbalah number pay attention to your first name. Then you need to calculate a numerical value of your name. If you have a middle name, include it into the calculation. Make a sum. You will have double-digit number that needs to be divided by 9. The digit that goes after whole number is called a remainder. Then you need to add 1 to your remainder and it will make your Kabbalah number.

The meaning of Kabbalah Number
Kabbalah number has a certain energy or vibe that synchronizes with certain number.

Why is it unique?
If you are an amateur or new to the systems of Numerology, Kabbalah may appear no different to you. Of course, speaking generally Numerology only calculates numbers. However, the differences exist and they are essential. Kabbalah uses only the name of the individual, ignoring the birth date, while other systems exclude name, but include the date.

The value of each number has also changes from system to system. If the letter B could have the same value in Kabbalah and Chaldean systems, it doesn’t mean that other letter coincide as well. Kabbalah Numerology has a huge range of numbers. It has approximately 400 various life path combinations that correspond to particular vibrations. It takes some skills and time to work with this system. Most of the numerologist elaborate the most common numbers and work this way.

Conclusion
If you find Kabbalah Numerology interesting, it is always a place here for you. The emphasis of this system is set on the honesty and sincerity of the person with oneself, the inner balance is obligatory.
If you are in balance with your inner and outer world, and feel self-sufficient – you will get maximum profit out of this system.

Return to “Astrology and Divination”