The term synchronicity is coined by Jung to express a concept that belongs to him: the acausal connection of two or more psychic and physical phenomena.

This concept was inspired to him by a patient's case that was in a situation of impasse in her treatment. Her exaggerate rationalism ( animus inflation) was holding her back from assimilating unconscious materials.

One night, the patient dreamt of a golden scarab - cetonia aurata. The next day, during the psychotherapy session, a real insect hit against the Jung's cabinet window. Jung caught it and discovered surprisingly that it was a golden scarab; a very rare presence for that climate.

One generally speaks about coincidence in cases like this.

But this coincidence is not senseless, a simple one. By using the amplification method, Jung searches for materials in connection with the scarab and comes to the concept of death and rebirth from the esoteric philosophy of antiquity.

Thus the scarab is seen as a symbol of deaths and rebirth process that, in a symbolic way, the patient should experience for the realization of the completeness of her unilateral personality, the cause of the neurosis she was suffering from.

Finally, Jung talks about the significant coincidences of physical and psychological phenomena that are acausal connected.


Behind all these phenomena he places the constellation of an archetype which, in his view, engages equally objective manifestations - in the physical world - and subjective ones - in the individual's psyche.

Jung wrote a book on synchronicity together with theoretical physicist and Nobel laureate W. Pauli providing proof for his concept.

Synchronicity, as an explicative theory, applies to phenomena from the area of parapsychology - premonition, telepathy, dreams and so forth - to I Ching (the specific method of consulting and the functioning of the Oracle), astrology and many other borderline fields.

Information from http://carl-jung.net/synchronicity.html
"In the age of information, ignorance is a choice"
Top

Re: Carl Jung - What is Synchronicity?

I find the Jungean Model very interesting and the impact from Jung on modern psychology because there are so much more to understand regards the human brain and the human psyche, and at the same time the true understanding of the human psyche goes so much deeper than what is "approved" by the academic circles today.

You may be interested in an excellent book that I discovered under a pile many years ago in a 2nd-hand bookshop - synchronicity in action! I have checked Amazon, and while Peat has other works published there, unfortunately, it's unavailable in print or Kindle. I haven't searched further.
Published by that enlightened imprint Bantam in 1987.
[Edit: I scanned the BarCode & it's available in Google Books]

I have had a "synchronistic" relationship with Jung and his work for 50yrs since he was first brought to my attention by my Mentor at the time. 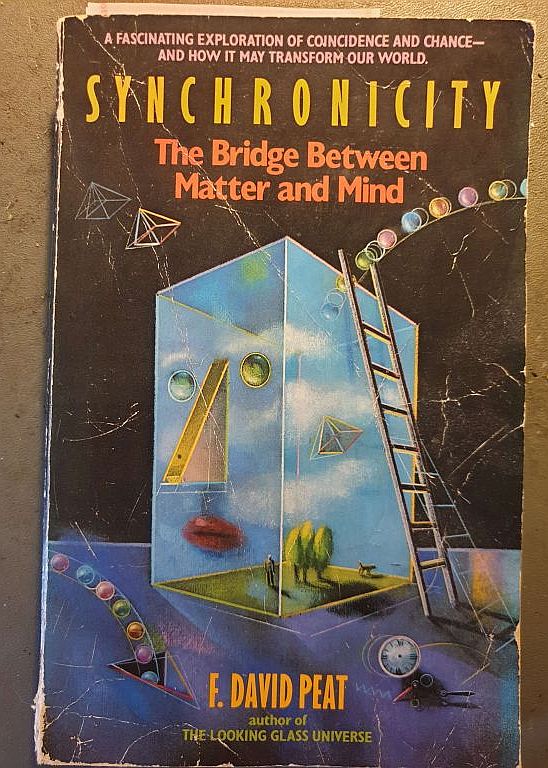 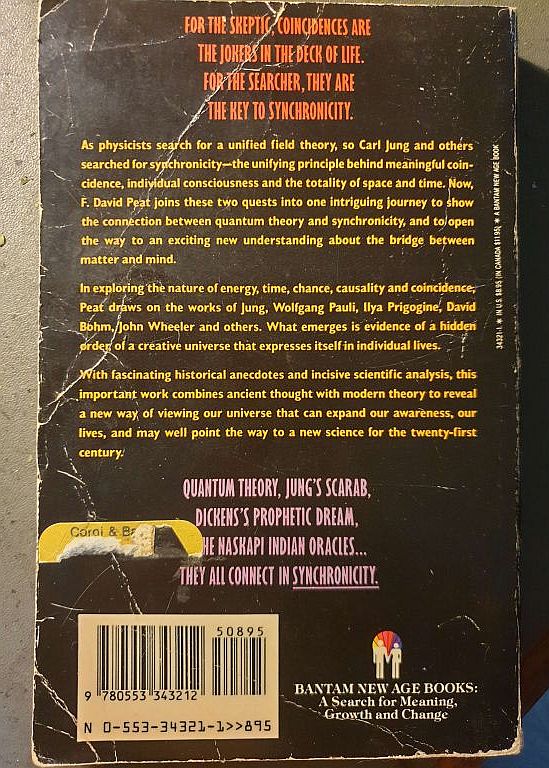