For stargazers and amateur astrologists, this last year has been a time of changes. According to NASA, everything that you knew about astrology is about to change. NASA now says that there is actually a 13th zodiac sign to account for. Additionally, the signs are actually at different time periods than we traditionally think. According to NASA, the new sign is Ophiuchus. Apparently, this sign was always there, but the ancient astrologers excluded it because 12 signs fit the lunar cycles of the year better. 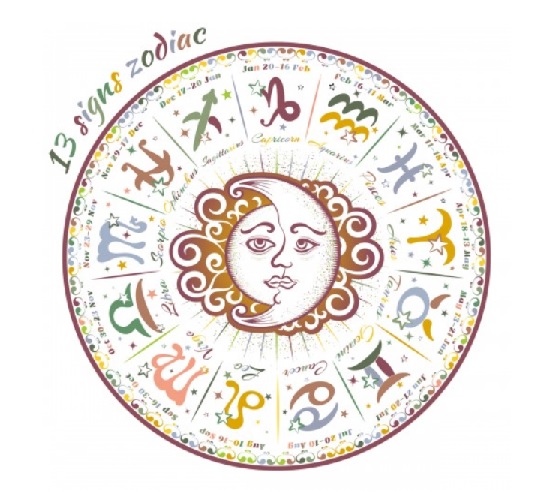 While the two types of astrology may have different characteristics, the definition of each sign does not actually change. One of the biggest differences is that sidereal astrology can also include Ophiuchus as a sign. Western astrology does not include this sign. When it is included, it is placed between Scorpio and Sagittarius.

After 2,000 years of having the same astrological system, NASA recently updated the signs. Because of this, about 86 percent of people may have a different zodiac sign. According to NASA, the world changes fairly quickly. When astrology was developed 3,000 years ago, the astrologists did not really know how the sun, earth and stars actually navigate across the skies. The Babylonians created a 12-month calendar based on the phases of the moon and divided the sky into 12 constellations.

Unfortunately, the sky is completely different now than it was 3,000 years ago. Originally, the Babylonians left out Ophiuchus because they wanted the constellations to match their 12-month calendar. NASA updated this to include all 13 constellations as well as new dates to match up with them."

Many people hold a wait-and-see or skeptical attitude toward the legendary 13th zodiac sign: is there really an Ophiuchus zodiac? What is the evidence of its existence?

It is generally known that, the signs we belong to are located on the path of the Sun in the sky - the ecliptic, which consists of 12 constellations collectively called the Zodiac.

Due to the wobble of the earth's axis over a cycle of 26,000 years as well as the movement of the solar system and stars, the position of the ecliptic in the sky also changes. Every two thousand years or so, the time of the Sun reaches a certain constellation would delay about one month.

That is, the ecliptic now passes not only twelve constellations, but also the thirteenth constellation, Ophiuchus. So Ophiuchus is one of 13 zodiac signs!

According to scientific records, a British astronomer observed the astrological changes and discovered certain time error every year, which would be more and more significant over times. Because of this, a new constellation - Ophiuchus was born!

Besides, Ophiuchus is actually not a new discovery. The earliest record of Ophiuchus can be traced back to A.D. 270 in poetry! Then why hasn't Ophiuchus been listed in the constellations?

It is said that in ancient times, people believed that those under the Ophiuchus sign would bring bad luck and this crossed the bottom line of the Vatican. Therefore, the bad constellation was dropped by the Vatican.

Located between Scorpio and Sagittarius, Ophiuchus has the advantages and disadvantages of both. Since a star of Ophiuchus at the foot belongs to the tail of Scorpio, the Scorpian character and temperament dominate the Ophiuchus people, so they are calm, thinking, aggressive, shrewd, attentive, cold and mysterious. At the same time, they are similar with the Sagittarius people in terms of passion, insight and making unremitting efforts to achieve the goal.

When it comes to love, Ophiuchus people inherit the characteristics of both zodiac signs and they cherish love very much. Generally, they are very passionate for love and have common points with people under fire, earth, air and water signs, hoping to find the true love from them. Different with the Sagittarius people, they like the clingy lover but may put an end to the relationship quickly once they find the problems, which is similar with the Sagittarians cutting the knots quickly. Despite of the good tolerance, they may also feel sad in the dark corner due to the inherent Scorpian character.

In addition, Ophiuchus people don't like to cause trouble to others but get used to bear the pain independently. In fact, they just want others to see their sunny side by doing this but always make others mistakenly think they are "malicious". When they have something to show off, they won't tell you (like the low-key Scorpians); when you find it, however, they will be very proud (like the high-key Sagittarians).

The Ophiuchus people are so complicated that they are unpredictable and you can hardly tell their next action; the more you contact with them, the more mysterious you will feel they are. You will not feel the mystery at the very beginning but after you learning it, you will find it is nothing but as naive as a pupil.

It is worth mentioning that Ophiuchus people are very similar with Scorpians when it comes to love relationship and they can hardly forget the past. They are very special in bearing grudges: they can remember any gratitude or resentment, thus have complicated feeling in recalling a person as they remember of the other's goodness but cannot let go of the hatred.

In summary, Ophiuchus people are very complicated and changeable despite their good intentions.
Ophiuchus Love Compatibility
Perfect Match: Leo
You Ophiuchus people are persistent to love and career, perfectly matching the personality of your Leo lover who is resolute and affectionate. Therefore, you two can always appreciate and never abandon each other no matter what difficulties you encounter.

Bosom Friend: Cancer
You are seemingly optimistic but always hide a lot in your heart; you cannot help missing the people and things appeared in your life and this kind of sadness can only be understood by the thoughtful Cancer friend who is willing to accompany and encourage you and bring you the warm feeling.

Best Partner: Capricorn
Sometimes, you are enthusiastic and caring and sometimes cold. With such a personality, you need to find a business partner with the stable mood, such as the Capricornian, to complement to each other and make great achievements. 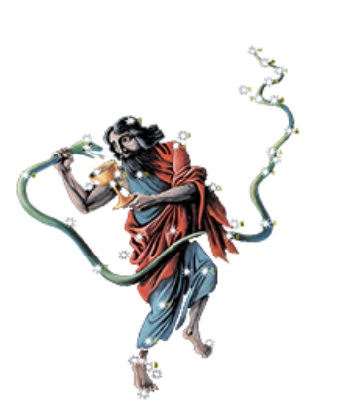 Serpent was a symbol of medicine in ancient Greece. The hero of Ophiuchus was Asclepius who was an excellent healer and a son of Apollo. Asclepius could cure the dying people and save the just died people. As a result, the population of the Hell decreased sharply and Hades in charge of the Hell complained to his brother Zeus. For the sake of his brother and his vow of preventing the entire human race from becoming immortal, Zeus agreed to the request of Hades and killed Asclepius with a bolt of lightning.

Apollo was very sad after learning the news and he came to Zeus to complain. Zeus was also very regretful and found it improper to have killed the benevolent healer. Therefore, he brought the soul of Asclepius to the Heaven and appointed him as the God of Medicine. To praise the painstaking research and exploration spirit of Asclepius, Zeus also brought the Serpent to the Heaven and made it and Asclepius the Ophiuchus.


13 Zodiac Signs and Their Dates

Do you know that your zodiac sign is on the apparent path (the ecliptic with twelve constellations) of the Sun across the celestial sphere over the course of the year? Do you know that the Sun was above your zodiac sign when you were born? However, it was already the matter over 2000 years ago. Now, the date of zodiac signs have changed and it is no longer consistent with the astronomical phenomenon.

Due to the change of the earth's axis and the movement of solar system and stars, the current positions of zodiac signs are different with that of 2000 years ago. Since the earth's axis swings in a circle of 26000 years, the ecliptic position also changes in the sky. As a result, the time of the Sun arriving at a constellation would delay about one month every 2000 years. In addition to the twelve zodiac signs, the current ecliptic also spans the thirteenth constellation Ophiuchus which is located between Scorpio and Sagittarius. If you think you are under the Aquarius sign, you might be a Piscean while the original Scorpian might be a Sagittarian. The huge Scorpio also needs to be redesigned, perhaps only including people born on between November 23 and 29 while people born on between November 29 and December 17 should be under the Ophiuchus rather than Sagittarius sign. In 1982, the international astronomical conference modified the constellation range and approved Ophiuchus as the thirteenth onstellation. 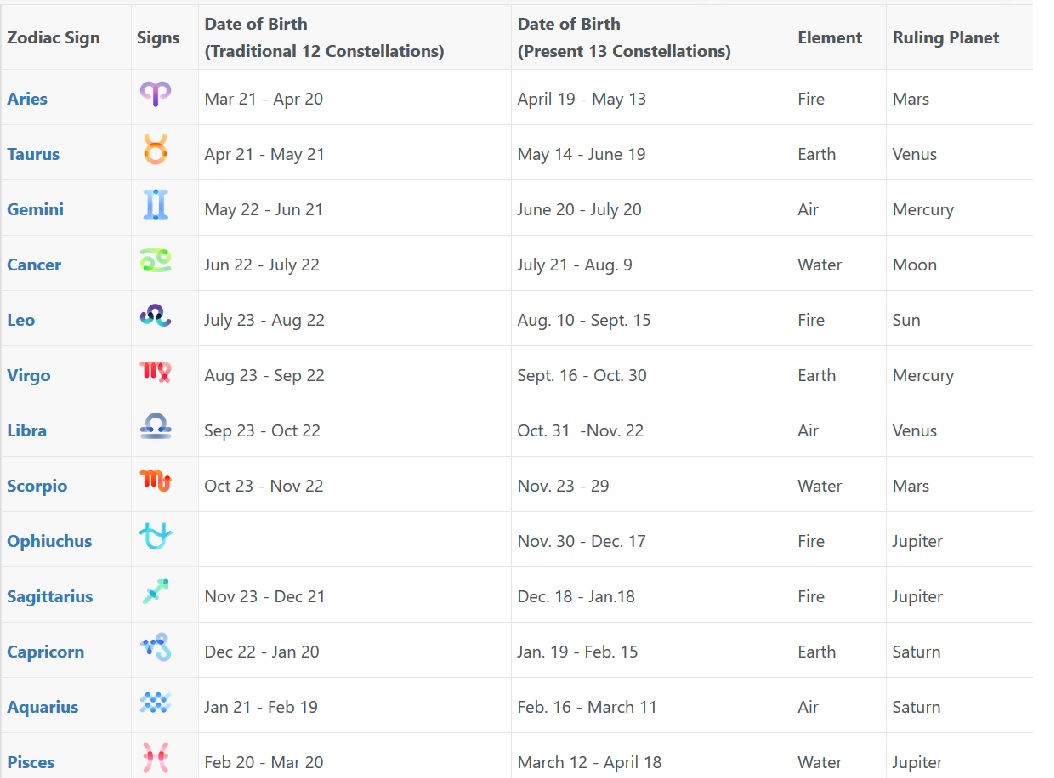 About the 13th Zodiac - Ophiuchus