which he received ' this locks it' ie his doubts and his defense of silent on Hunter. jeff is onto malone too in a big way, thinks he might be there to replace the evil fauci.

I don't intend to post anything on Jeff Rense (unless you count this post).
Malone will at one time quitely disappear, making millions of dollars for getting big pharma's products approved. Because of how he has been promoted as an antivaxxer conspiracy nutcase he won't get an executive function in the FDA (so won't replace the little rat Fauci).

It looks like Rense is blacklisted, ignored by all the alternative media and even conspiracy forums.
Because of this I don't even know where Rense stands on current issues.

I've seen some interesting (historic) articles posted on Rense.com, but if I remember correctly these aren't written by Jeff Rense (but copy-pasted articles of others), so this still doesn't tell me where he stands.

The only interesting story about Jeff Rense I know is that he was reportedly removed from the Genesis Communications Network after he reposted an article questioning Alex's true motives and Zionist agenda: http://www.alexjonesmachine.com/round2.htm

But this still doesn't tell me much about Rense himself...
The Order of the Garter rules the world: https://www.lawfulpath.com/forum/viewto ... 5549#p5549
Top

At This Stage I Assume All Are Complicit and Compromised UNLESS Proved Otherwise.
The Short List would be Who Is a Good Human!
Jared Kushner aged just 26, bought 666 Fifth Avenue, (Original Site of the old 1882 William Kissam Vanderbilt II Home then 660) 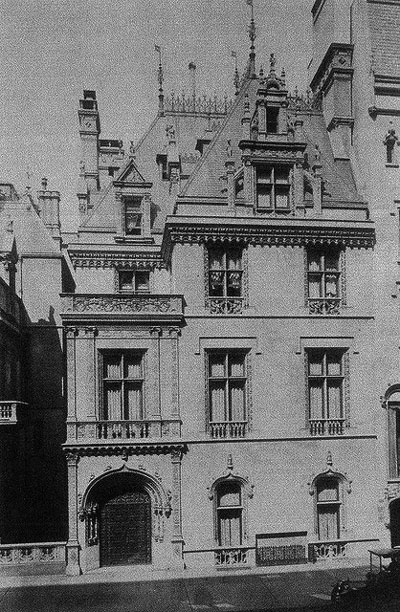 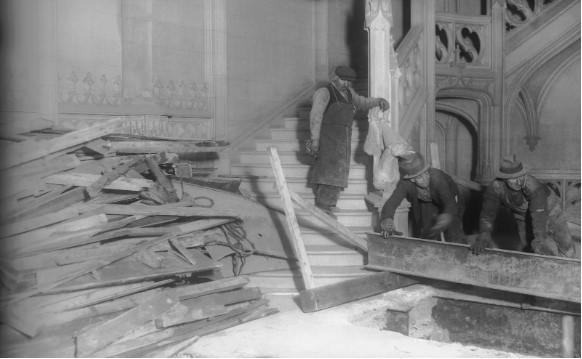 Where the Fuck does a 26 year old get that kind of Monopoly Moola?

Russian Orthodox Jew, Daddy Charles, a Convicted Felon, Pushed him to go Ahead and was the Face of it at Least.

Oh That's Right, he's also a Member of the 'Fly Club' as was David and Jay Rockefeller.

Kushner received a $1.28 billion bailout from Brookfield, which purchased the ground lease beneath the tower and paid nearly a century of rent up front, just months before the original note came due.

Subsequently, the Restrictions on Qatar were then eased.

A Financial Times investigation found that Qatar’s sovereign wealth fund was the Second-Largest stakeholder in Brookfield Property Partners.
The Entity that Provided Kushner with the Financing.

Kushner Puportedly put down $50 million in equity and borrowed the remaining $1.75 billion from a Consortium of Lenders.
Including a Ten-Year, $1.215 Billion, Interest-Only CMBS senior loan from Barclays and UBS, split into six pari passu notes.

Brookfield has said that Qatari representatives had no involvement in the Fifth Avenue transaction. In 2020, the firm’s chairman Ric Clark said at a public event that there was no “quid pro quo” involved in the deal, and affirmed its plan to renovate the building.

So That's All Right Then...

Kushner Also Owns the Major Stake in One Times Square for a Paltry $295 Million...

The Stench will Outlast Religion at this Point and I'm Sure we will Only Ever Know the Surface of the Cess Pit! 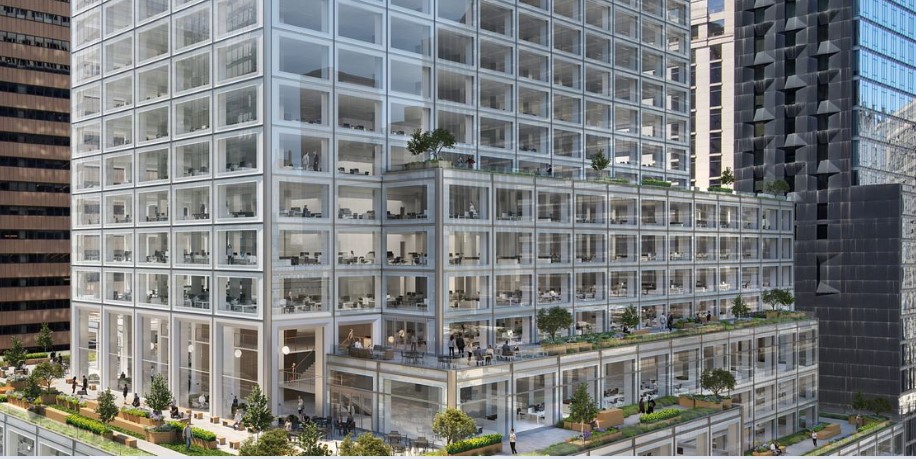 Where the Fuck does a 26 year old get that kind of Monopoly Moola?

Russian Orthodox Jew, Daddy Charles, a Convicted Felon, Pushed him to go Ahead and was the Face of it at Least.

Jared also got money from Qatar and the UAE (besides Israel and Saudi Arabia).

Firestarter wrote:I think that the most interesting angle in this context (missed by just about all of our wonderful media) is the Qatar blockade and the financing of Kushner's NYC 666 Fifth Avenue.

Tom Barrack told the Washington Post that he tried to use his Qatar connection to help Kushner with 666 Fifth Avenue. “Barrack said he told the former prime minister of Qatar to consider investing in the Kushner Cos. property,” according to the Post.
(...)
The Qataris reportedly believe the blockade may be linked to their rejection of funding for 666 Fifth Avenue.
(...)
Tillerson reportedly later came to believe concluded that Trump’s White House remarks were written by Yousef al-Otaiba, UAE ambassador to the U.S., and passed to the President by Jared Kushner.
(...)
The Kushners receive a $184 million loan from Apollo Global Management to refinance a building in Chicago. The Qatar Investment Authority is one of Apollo’s largest investors. The loan is triple the average property loan made by Apollo.
(...)
August 1-3, 2018: The Kushners receive bailout on 666 Fifth Avenue from Qatar-supported company (plus Westinghouse deal)

I just don't get it! They launch some "alternative" channel, throw in some criticism of government, some political incorrect views and some conspiracy theorists, have some "woke" spokespersons criticise them, and people actually believe that this is a really, really "independent" network...

That GB News features famous Brexiteer Nigel Farage should be a red sign, but right wingers like him because unlike most politicians, he makes "bold" statements.
But then the funders of GB News...

Discovery Inc. owns the largest stake in GB News.
John Malone is Discovery's largest shareholder and sits on its board.

John Malone is reportedly "the largest landowner in the US" with 2.2 million acres (ignoring BlackRock and Vanguard, and possibly Bill Gates).
Malone donated $250,000 to Donald Trump’s inauguration and was on the board of directors of the right wing Cato Institute (essentially part of the Mont Pelerin Society).
At one time Malone owned a sizeable stake in Rupert Murdoch’s News Corporation.

Malone’s Discovery has taken over (or merged with) WarnerMedia, which owns CNN, so GB News is about as independent as CNN: https://leftfootforward.org/2022/04/who ... channel-4/
(https://archive.ph/hgKC6)


Andrew Neil left the BBC in 2020 to become GB News' chairman.
The current CEO of GB News is Angelos Frangopoulos, formerly CEO of Sky News Australia.
So GB News is about as independent as the BBC and Sky News?!?

Other major shareholders in GB News (or its parent company All Perspectives Ltd) include Sir Paul Marshall and Legatum.
Legatum was founded in December 2006 in the United Arab Emirates by Christopher Chandler: https://rationalwiki.org/wiki/GB_News


Legatum was heavily involved in staging Brexit.
The Maltese journalist Daphne Caruana Galizia was assassinated in 2018, probably because she came a little too close to exposing the links between Cambridge Analytica, Henley and Partners and the Legatum Institute.


Maybe a bit surprising that the Macro Advisory Partners of Prince Constantijn of the Netherlands that controls the Biden administration is also linked to (the Trump supporting) Legatum...

Firestarter wrote:You had probably never even heard of the co-founder and CEO of Macro Advisory Partners, Nader Mousavizadeh; another American Rhodes scholar, and a global leader of the World Economic Forum.
Prior to founding Macro, Nader was the CEO of Oxford Analytica. Oxford Analytica was founded by one of the Nixon plumbers, who worked closely with none other than Henry Kissinger.
Nader Mousavizadeh was also the (or a) handler of UN Secretary-General Kofi Annan. He wrote and ordered Annan what to say, when the brutal bombing of Serbia was started in 1999.

We Need This Spider to Take 'Em ALL Down...

We Need This Spider to Take 'Em ALL Down...

I enjoyed that more than I thought I would.
Top

I'm afraid that I don't understand how anybody could still believe that member of the Council for National Policy (CNP), and the British royal controlled SCL Group (parent company of Cambridge Analytica) Steve Bannon and Breitbart are credible sources for news, even after Bannon became the official chief strategist for president Trump.
I could not understand either why Bannon would defy (court) orders, with the logical result that he has now been found guilty of 2 counts of contempt of Congress (with a minimum of 2 times 30-day sentence).

But now that I saw Bannon appearing on Tucker Carlson and Alex Jones on Bannon's “War Room” it has become clear. Steve Bannon is now convincing his gullible fans that the best thing for a "patriot" to do in a court of law, is to not defend yourself. Of course this is the worst advice possible.

Surprisingly I found Alex Jones talking with Bannon on air amusing. They were really trying very hard to give each other unjustified compliments, with Bannon calling Jones "a great political thinker"!
Alex Jones is expected release a book on "the Great Reset" next month, in which he will probably not only whitewash warp speed Donald's role in orchestrating the plandemic, but will even argue that "the Great Reset" was orchestrated by the "globalist" against poor Donald "drain the swamp" Trump.


Of course Bannon should already be serving years in prison for taking a cut from the $25 million that hundreds of thousands of gullible Trump supporters donated to build a private part of the US-Mexico border wall.
Donald pardoned Steve Bannon in the final hours of his presidency: http://www.ronpaulforums.com/showthread ... ost6976620


Another interesting "media" story that involves Bannon...
In October 2020, Rudy Giuliani and Steve Bannon leaked the sexual stuff from Hunter Biden's laptop to the fugitive Chinese Guo Wengui.
Guo leaked the compromising footage to 2 WhatsApp groups with instructions to post it on his sites but misrepresent what it contained. He instructed them to claim that Hunter was having sex with underage Chinese girls, even though the prostitutes weren't Asian or underage.
Guo also started the rumour that the Chinese government would use the explicit images to blackmail the Bidens.

On 20 October 2020, Giuliani also claimed that Biden’s laptop contained “numerous pictures of underage girls”, even though he didn't provide evidence (there are still stories that the laptop showed Hunter having sex with underage girls).
The Trump supporting media also alleged that Joe Biden was involved in Hunter's dealings, but "forgot" to provide evidence.

Guo had fled China in late 2014 before being accused of fraud and corruption. In the US, he joined Mar-a-Lago, and became a vocal critic of the Chinese Communist Party.
Guo Wengui also became a business associate of Bannon to build a network of Chinese-language media outlets, nonprofits, and other ventures. Firestarter wrote: ↑Tue Jul 26, 2022 6:45 pm I'm afraid that I don't understand how anybody could still believe that member of the Council for National Policy (CNP), and the British royal controlled SCL Group (parent company of Cambridge Analytica) Steve Bannon and Breitbart are credible sources for news, even after Bannon became the official chief strategist for president Trump.
I could not understand either why Bannon would defy (court) orders, with the logical result that he has now been found guilty of 2 counts of contempt of Congress (with a minimum of 2 times 30-day sentence).

Your 'Lack of Under Standing' is Unfortunately Caused by your Clarity, Wisdom and Ability to Discern Truth from Bullshit via Inherent Gnosis and Implementing Dogged Investigation of the Superficial Pap Served as Sustenance, by the Usual Parasites.

If You're Interested, I am Sure They have a VacK-Sceeene for That!
Or You Could Just Drink the Grape Flavoured Fluoride

Firestarter wrote: ↑Thu Mar 10, 2022 7:38 amTucker Carlson earlier in his career has also been "debunking" conspiracy theories that show that the official tale on 9/11 is completely ridiculous (I once saw a video with Tucker but couldn't find it)

The following documentary shows how Tucker Carlson features 9/11 "truther" Steven Jones. who repeatedly asks for the collapse of WTC-7 being shown, but Tucker Carlson refuses (from 0:53:00 to 0:57:30).

The most important point of this documentary is that the WTC most have been brought down by explosives.

So naturally Carlson debunked Steven Jones by referring to him as “insane” and “a quack”.

if you really believe the US government killed 3000 of its own citizens for no reason and lied about it and invaded Afghanistan as a result of something it did, you ought to leave the country.