yes, THANK YOU for shedding light on Carlson - it has long pissed me off that many patriot types are ignorant to the fact that he's controlled opposition, same as Alex Jones, X22 Report, SGT Report, etc....
12bytes.org | Firefox config guides
Top

Nooooooo not SGT Report. How is he controlled opposition?
Top

that's my suspicion - i should not have stated that as fact - my judgment on X22 and Jones stands however
12bytes.org | Firefox config guides
Top

Tulsi Gabbard's father, Mike Gabbard, was a Republican politician who took money from Sun Young Moon of the Moonie Cult. Mike Gabbard even received an award from Moon's cult and Unification church

The same Foster Friess that funded both the socialist politician Tulsi Gabbard and the right wing TV host Tucker Carlson, was in fact a member of the Council for National Policy (CNP).
The CNP is also linked to the same World Anti-Communist League that is associated with Rev. Sun Myung Moon, the founder of the Unification Church and the Washington Times newspaper.

In reality the Council for National Policy is part of the (right wing umbrella organisation) Mont Pelerin Society that is controlled by the same cabal that controls its left wing sister organisation, the Fabian Society.

The Trump administration was filled with alumni of Atlas-related groups and friends.
https://www.lawfulpath.com/forum/viewto ... 6229#p6229

The Duality Double-Cross of Two Sides One Aim... 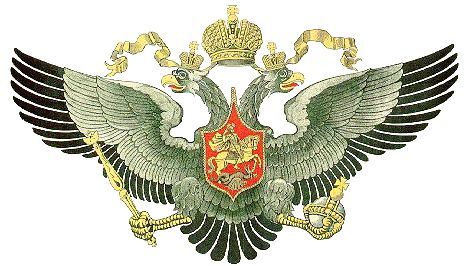 wow.. just lay off Rense will ya;'s (sent that to him by the way)
Top Malone has boasted about his own involvement in staging pandemics...

I’ve been involved in every major outbreak since AIDS; this is kind of what I do. I’ve won literally billions of dollars in federal grants and contracts. I’m often brought in by National Institutes of Health to serve as a study section chair for awarding $80 to $120 million dollar contracts in vaccines and biodefense.

I’ve spent countless hours at the Centers for Disease Control (CDC), at the Advisory Committee on Immunization Practices (ACIP) meetings. I have multiple friends at the CDC and I work closely with the defense threat reduction agency and it’s one of my favorite clients, teaming partners. I work with the chem biodefense group; there’s other branches but this is not the branch that funded the Wuhan Labs; that’s another branch of Defense Threat Reduction Agency (DTRA).

I’ve got many friends in the intelligence community so I’m kind of a pretty deep insider in terms of the government. (He has bragged about his deep intel connections.) I know Tony Fauci personally; I’ve dealt with him my whole career. Then we had this particular outbreak, and I was tip of the spear on bringing the Ebola vaccine forward that we now call the Merck Ebola vaccine. I’m the one that got Merck involved.

which he received ' this locks it' ie his doubts and his defense of silent on Hunter. jeff is onto malone too in a big way, thinks he might be there to replace the evil fauci.
Top
Post Reply
130 posts