I will stick with fetzers , well, demolition, of Sandy Hook.
not good enough with split chapers... but 3min I could not find it complete.
https://www.sandyhookhoax.info/category ... yhook-pdf/
Top

I'm curious about what you favourite Jeff Rense was saying about the Donald in 2016.
Back in 2016, just about all of the BS alternative media were supporting swampie Donald Trump, including both the Zionist and neo-Nazi sites.

As for Sandy Hook, I'm not sure what happened. It takes a big effort to get to the bottom of things. I wouldn't know where to begin, except for Fetzer's book.
It could be a complete "hoax" or this could be one of those rare events where the shooter was actually a "real" psycho.

The last time I checked, the book could still be downloaded for free here ...
James Fetzer – Nobody died at Sandy Hook; It was a FEMA Drill to Promote Gun Control (2015): https://botcast.net/pdf-nobody-died-at- ... im-fetzer/

Firestarter wrote: ↑Thu Aug 04, 2022 6:44 pmJust like Bannon, Alex Jones basically refused to comply with the court orders (subpoena). As a result Jones lost 4 defamation cases against the families of 10 (supposed) victims of by default. And as a result he can't now suddenly defend himself against the accusations by claiming his right of free speech. You cannot be more stupid than that in a court of law.
This is the first of 4 trials in which 2 families - Lewis and Heslin - demand $150 million in damages from Jones.

I had expected even more; the jury decided to award $4 million in "compensatory damages" to Scarlett Lewis and Neil Heslin - separated parents to one of the (supposed) Sandy Hook victims.
Lewis and Heslin were not disappointed with this cool sum, with probably their attorney getting most of the loot from Alex Jones.

which was was she? the 42Million Dollar Baby princess? 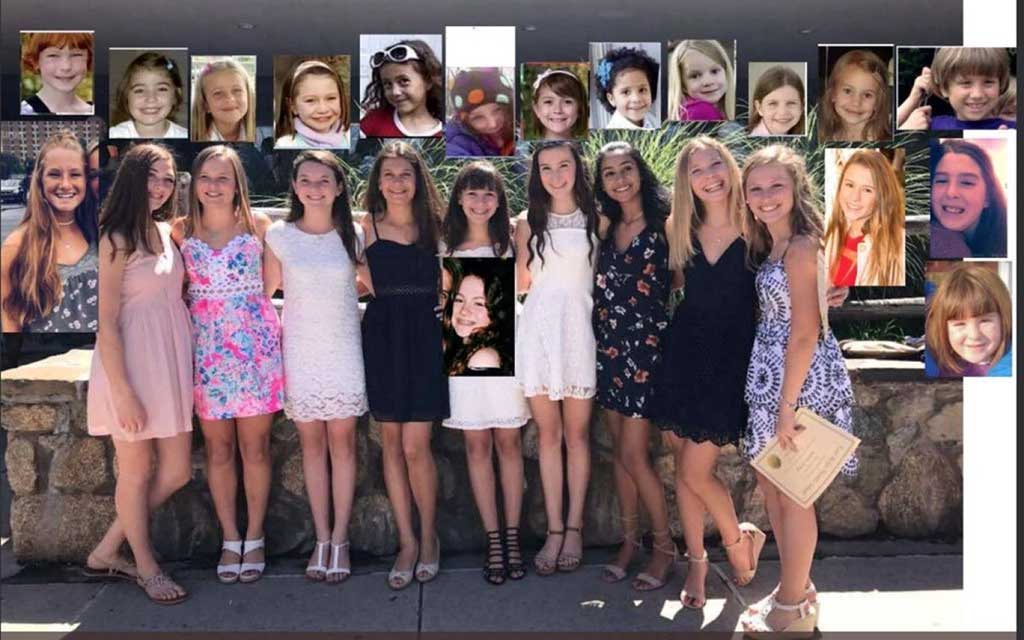 http://www.rumormillnews.com/cgi-bin/ar ... ead=120364
so sue me..
and yes, Rense, and #MeToo were all drunk on Trump juice.
what Trump respresented, not what he was.
only later did I find out things like
https://www.vanityfair.com/news/2017/06 ... lationship
always able to change.
and that includes ditching Rense if he is found to be as controlled opposition, or lame and misleading, as BoofHead Jones.
personally most of all I follow Miles Mathis
and the BS probably goes waaaayyy beyond that.
but as MM said recently, sick of being lied to.
wasting our time.
Top

Firestarter wrote: ↑Fri Aug 05, 2022 8:10 amI had expected even more; the jury decided to award $4 million in "compensatory damages" to Scarlett Lewis and Neil Heslin - separated parents to one of the (supposed) Sandy Hook victims.

That's on the other hand more than I had expected; the jury awarded the parents - Neil Heslin and Scarlett Lewis - of one of the (alleged) Sandy Hook victims $45.2 million in punitive damages from Alex Jones (so $49.2 million in total)!
Now I actually feel sorry for that Zionist pig...

Jones’s lawyer objects that the verdict violates the law in Texas, which limits the award to a maximum of $750,000 per plaintiff (so $1.5 million for 2 parents).

Two more defamation trials from Sandy Hook parents against Alex are scheduled for next month.
Another one in Texas (like this one), and the second by 8 Sandy Hook families in Connecticut, where laws favour the plaintiffs more than in Texas (so 8 times even more than 50 million could be expected?): https://archive.ph/F6lVg
The Order of the Garter rules the world: https://www.lawfulpath.com/forum/viewto ... 5549#p5549
Top

The Dutch politician Geert Wilders really shows how the alternative media can make the politician. He also gets a huge amount of "adverse" publicity from the mainstream media. And interestingly he is connected to the same Zionist network that got Trump crowned president. And also other "extreme right" politicians.
Ironically many of the people that vote for these Zionist-funded politicians cannot stand Israel.

The organisations that sponsor Wilders from the US overlap. The same people appear in different conferences, sit on each others’ boards, and gave each other awards.
Wilders has received financial support, including from Nina Rosenwald. The Middle East Forum, provided money in the “six figures” to help pay “legal bills” for Wilders in the trial over his 2008 anti-Islam film “Fitna”.

This “Islamophobia network”, included the Middle East Forum of Daniel Pipes, the David Horowitz Freedom Center, Frank Gaffney’s Center for Security Policy, and bloggers like Pamela Geller.
Since January 2016, Wilders writes a montlhy column for Steve Bannon's Breitbart. Bannon and Wilders were also linked by the late Avi Davis, whom Bannon knew and praised as a “friend” to Breitbart News.

When he was 18/19, Geert lived in Israel. He visited Israel 40 times in the last 25 years. Geert Wilders has a Jewish mother (which means he’s a Jew).
In 1992 Wilders married a Jewish woman.
Geert Wilders’ regularly visits to the Israeli embassy in the Hague (Wilders himself confirmed monthly).

According to a testimony from 2 June 2010 by M.B. Kwint-de Roos - that looks genuine – Geert Wilders at the 1991 VVD Christmas party boasted that he had been recruited by an Israeli Intelligence agency!

From June 2013 to July 2016, Wilders made 6 trips to the US, sponsored by the Freedom Center, the Gatestone Institute, and the International Freedom Alliance Foundation. In November 2014, Wilders spoke at the “restoration weekend” that the David Horowitz Freedom Center organises every year in Palm Beach, Florida.
According to its 2015 IRS form, Robert J. Shillman is the office holder of the International Freedom Alliance Foundation. Shillman is also an important donor to the David Horowitz Freedom Center and a Trump supporter: https://www.lawfulpath.com/forum/viewto ... 5479#p5479
The Order of the Garter rules the world: https://www.lawfulpath.com/forum/viewto ... 5549#p5549
Top

Two more defamation trials from Sandy Hook parents against Alex are scheduled for next month.
Another one in Texas (like this one), and the second by 8 Sandy Hook families in Connecticut, where laws favour the plaintiffs more than in Texas (so 8 times even more than 50 million could be expected?): https://archive.ph/F6lVg

And if this doesn’t make the ‘tinfoil hats’ and ‘conspiracy theorists’ think twice about what they think and say?...

Scare tactics to silence the opposition. A game well played. Will probably scare many to silence. And in the long run make it illegal to question the official narrative... 1984

That was good. So this whole trial is just for entertainment purposes and to scare anyone who does not believe the narrative?
Top

That was good. So this whole trial is just for entertainment purposes and to scare anyone who does not believe the narrative?

You can't be any more "fake" than Miles Mathis, who occassionally makes a good point, but then buries it by posting the kind of nonsense that makes Alex and Icke seem credible by comparison.


Unfortunately I haven't found a longer clip (of what happens after Jones "answers" the question)...

Alex gets the following question from idiot attorney Mark Bankston in court:
“One of the things you’ve been talking about a lot recently on your show, even within the past couple of months, is your allegation that government officials are aiding in pedophilia, child trafficking and the grooming of children, right?”

It would have been better if he had referred to randy Andy or Donald Trump, but this was Alex's reply:
“You mean like, what Jeffrey Epstein did with the Clintons?”
https://dailypoliticalnewswire.com/watc ... ook-trial/
The Order of the Garter rules the world: https://www.lawfulpath.com/forum/viewto ... 5549#p5549
Top
Post Reply
130 posts