Religare - The latin meaning of the word religion is to bind 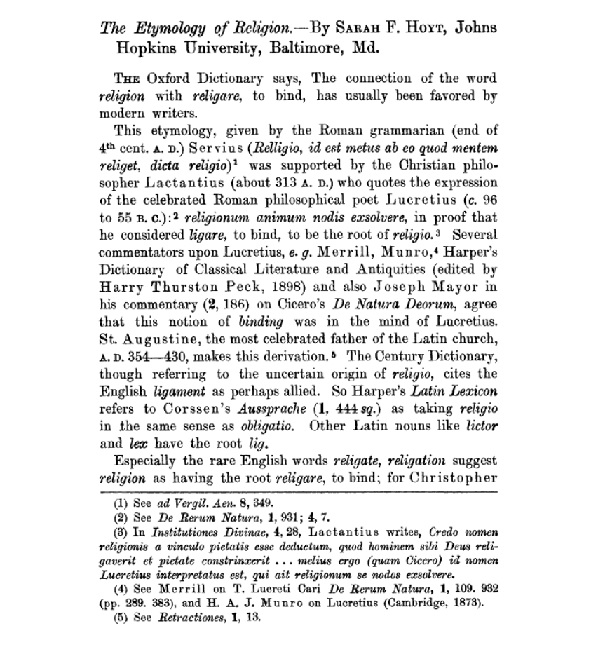 The West has a ruling religion or philosophy. IMHO this is evolution theory + consumer society + „holocaust”.

We are facing tremendous transformation of the world. What will be the new religion?
There is a book answering this question (probably there are more books, I know only one). The book was written by rabbi Michael Higger and published in 1932: https://archive.org/search.php?query=mi ... h%20utopia
The book presents ideal life and ideal society as pictured in Talmud and in Talmudic literature.


The question arises: How will that ideal civilization take root? (...) The answer is: One nation would have to establish its life on a Utopian foundation, thereby leading the way for the rest of the world to follow its example. A model, ideal state comprising a group of righteous individuals and living an ideal life, will gradually spread its teachings and influence from nation to nation, throughout the world. The Kingdom of God will then become a fact. Israel is the only nation that is suited for that purpose.

Israel will thus become a light, a symbol of the ideal life for the nations, so that, in the words of Isaiah, "the nations shall walk at Israel's light, and kings at the brightness of Israel's rising”. The tradition of the" chosen people" is to be interpreted in this light. Just as the bride on her wedding day-remark the rabbis-is not superior to her sisters, except for the jewels which she displays, so the ideal Israel will be considered superior only in so far as her light, or her spiritual life and teachings will influence the nations." The people of Israel will thus conquer, spiritually, the nations of the earth, so that Israel will be made high above all nations in praise, in name, and in glory.'

Before the nations of the world recognize Israel as the ideal people, Israel will have to undergo a spiritual development. The Jew will have to be prepared to lead the world to righteousness. For, it will be a serious and daring challenge to Israel, a challenge in which the fate of humanity will be involved.

The effects on the spiritual life of the nations will be momentous. The evil inclinations in man and peoples will gradually disappear. Mankind will, therefore, be in a position to become united for the common happiness. The nations would first unite for the purpose of calling upon the name of the Lord, to serve Him.

The unrighteous nations, as typified in the traditional Esau, who persist in their wickedness and injustices, will not share in the ideal era. Their rule will be destroyed and will disappear from earth before the ushering in of the millennium.

In general, the peoples of the world will be divided into two main groups, the Israelitic and the nonIsraelitic. The former will be righteous; they will live in accordance with the wishes of one, universal God; they will be thirsty for knowledge, and willing, even to the point of martyrdom, to spread ethical truths to the world. All the other peoples, on the other hand, will be known for their detestable practices, idolatry, and similar acts of wickedness. They will be destroyed and will disappear from earth before the ushering in of the ideal era. All these unrighteous nations will be called to judgment, before they are punished and doomed. The severe sentence of their doom will be pronounced upon them only after they have been given a fair trial, when it will have become evident that their existence would hinder the advent of the ideal era.

For the really wicked nations, like the wicked individuals, must disappear from earth before an ideal human society of righteous nations can be established. No ideal era of mankind can be established as long as there are peoples living idolatrous, ungodly lives; as long as there are oppressors of the righteous, friends of slavery, enemies of freedom and liberty, and defiant enemies of God.

Consequently, before the Kingdom of God will be established, a number of important reforms and changes will take place. Idolatry and idol worshippers, wicked people, unrighteous nations will disappear from the earth.

The city of Jerusalem will thus become the metropolis of the whole world, and the nations will walk at her spiritual light. The prophecy of Jeremiah, likewise, will then be realized: "At that time they shall call Jerusalem the throne of the Lord; and all the nations shall be gathered unto it, to the name of the Lord, to Jerusalem."

Israel, the ideal, righteous people, will thus become spiritually the masters of the world, and will spread their moral and spiritual influence from one end of the world to the other. All the nations will then believe in one, righteous God, as it says, "And the Lord shall be King over all the earth; in that day shall the Lord be One, and His name one”.

Hence, with the advent of the Messiah, who will usher in the ideal era, all the national ensigns and laws, which are barriers to genuine international peace, brotherhood, and the happiness of mankind, will gradually disappear. Only the Messianic flag, the symbol of knowledge, peace, tranquillity of the individual mind, will remain, and all the nations will center round that emblem.

The nations will consequently change their attitude toward Israel. Instead of despising Israel, they will pay their due respect to the ideal people. This will be in accordance with the prophecy of Isaiah: "Thus saith the Lord, the Redeemer of Israel, his Holy One, to him who is abhorred of nations, to a servant of rulers: Kings shall see and arise, princes and they shall prostrate themselves."

The world will, therefore, unite in praising the Lord for Israel's universalism. Hence, all the nations on earth will gladly aid in the bringing about of the redemption of Israel; and they will be happy on the day of that momentous, historic event of Israel's redemption. These nations will thus proclaim: "The Lord hath done great things with these." To the delight and astonishment of the Jew and Gentile alike, Israel will now live in peace and safety. Mankind will be united in the opinion that this could be accomplished only by the will and plan of God.


I believe this book explains the goal of current transformation and means used in the process.
Currently, the book is in the public domain. I remember a man saying he stumbled upon it accidentally as a result of a mistake made at the University Library in Austin, TX. The book was supposed to be inaccessible to ordinary readers, it was in a hidden library catalog. Now I understand why

Yes you are right that religion is about binding people.

On the other hand, from my understanding, all organized religions works as a mind control program. It binds and holds ones back from our natural progress. At the same time I understand that some people find comfort in a religion though it sadly makes ones stuck in the program.
I personally acknowledge that there is a God - a creator of all things. However I don`t believe in the official narrative that holds regarding organized religion just because of what culture one is to identify with. After all the word culture simply means cult. Judaism is as I understand it the original religion and culture of the abrahamic religions giving birth to both christianity and islam. The thing that I dislike with organized religion is the hostility and division that leads to the sometimes narrow understanding of people with another mind set. I have friends from various backgrounds and in some of their families there is an internal division on who is religious and not - and that is not love. That is not freedom. God is love. After all God created all humans and all things - not only a specific group of people.
"Enlightenment is a destructive process"
Top
Post Reply
3 posts • Page 1 of 1