This is the place to discuss all things video related and to post video links .
Post Reply
369 posts

mind you, looks like a flood hit California... this is soooo much Stefan Versatappens (6 years ago?) How It Will All Go Down..https://rense.com/general96/CA.mp4
and that was before they hauled you off to the Condo's.
Top

raiders of the lost arks.

bathroom is worse than mine.
Top

bathroom is worse than mine.


There were strangely moody skies over the Victorian ski resort of Mt Buller on Sunday, with one of the lesser-known cloud types making a dramatic appearance.
[i]Not too many people know about Asperitas clouds, and there's a good reason for that. [/i]

As the UK Met Office states, the clouds were only added to the World Meteorological Organisation's International Cloud Atlas in 2015, making them the first new cloud type in over 50 years!

"Asperitas formations are rare and resemble rippling ocean waves in the sky... These wave-like structures form on the underside of the cloud to makes it look like a rough sea surface when viewed from below," the Met Office says in its description. 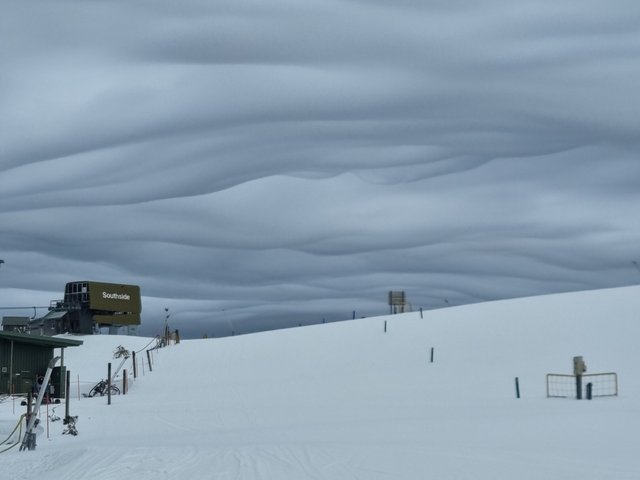 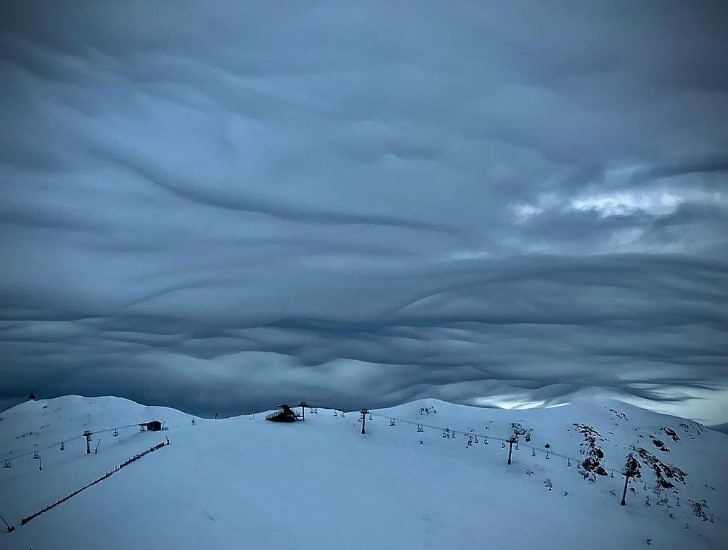 Chalk down this Thursday, August 4, as a day to avoid the snowfields because a four letter word starting with r that snow-lovers dare not mention is in the forecast – and plenty of it.

We've written a lot this week about the massive weather system currently centred to the south of Perth which is working its way east.
On Monday we described it as "one of the year’s strongest systems".

On Tuesday morning we wrote of the dangerous winds spreading across southern Australia.

The system has already brought winds as strong as 137 km/h at Cape Leeuwin in SW Western Australia (the strongest reading in eight years) as well as strong winds and frequent showers to Perth and surrounds.

But if you glance at the 4 pm Tuesday chart below, you'll notice a tongue of warmer air (denoted by the orange colour) originating in the tropics which extends down to about halfway across the Great Australian Bight. 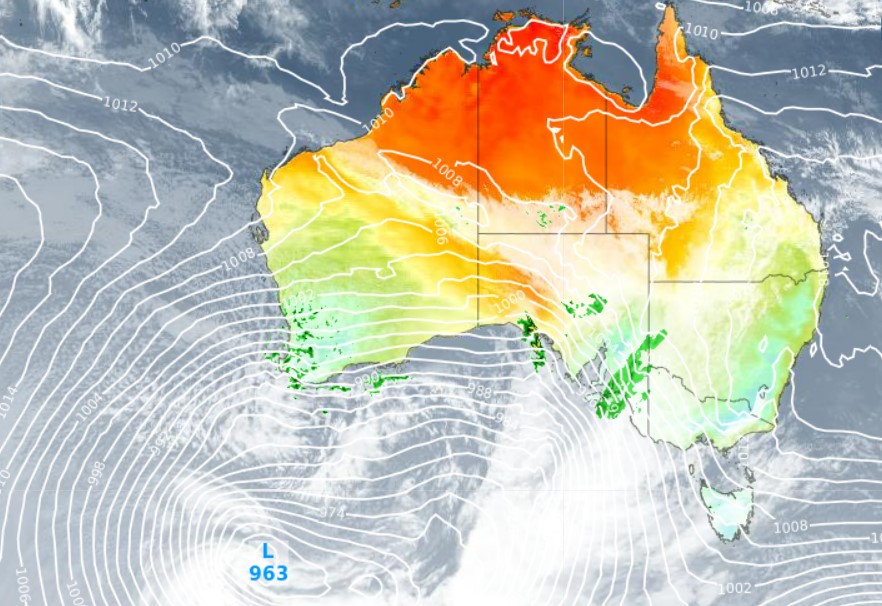 That's the stuff which is being pushed east by the huge engine of the low pressure system, and which will bring warm northwesterly winds, and rain rather than snow, to the mountains.

That warm air will impact both Adelaide and Melbourne on Wednesday, and while it won't feel especially warm due to strong winds, the top temp will reach around 19°C in both cities – which is very mild for August when you consider that both cities will likely see showers.

The warm air will also extend to Canberra by Wednesday, with a top of 18°C expected. That'll be well above the national capital's warmest winter 2022 day to date of 15.8°C (on July 28).

As for the snowfields, it's not really a technical term, but "ugh".

Rain is of course part of life in the Australian Alps in winter, especially at lower altitudes where a mix of rain and snow is common throughout the winter.
Higher up, you hope you might just make it through winter without a significant deluge.

But there's usually at least one big rain event at all elevations, and unfortunately, that looks like what's coming this week.

The latest forecasts suggest that well over 100 mm of rain could fall in a period of about 36 hours from Wednesday afternoon into early Friday morning, a series of troughs cross the Alps.

The bad news is that so much rain is expected, it seems unlikely at this stage that the fresh snow will be sufficient to repair the rain-damage to the snowpack.


Weather PLAN for the Next 3 Months 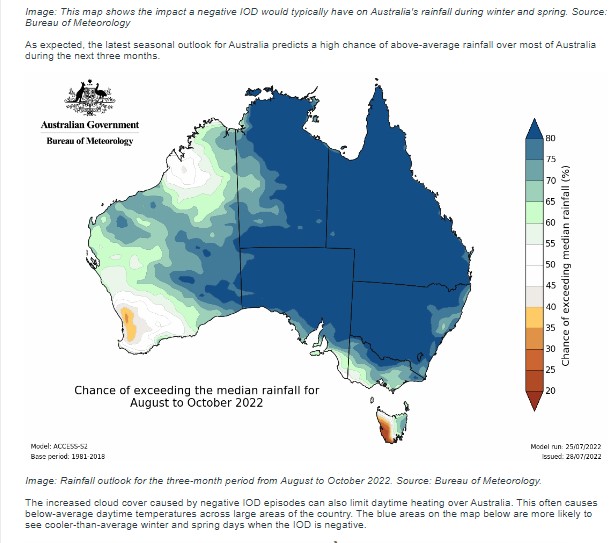 ""We have come together because we are black first," she said."

more power and love to them, but.. black privilege??

"The final report from the NSW Independent Flood Inquiry was handed to the state government on Sunday.

Deputy Premier Paul Toole said today there was no firm date for its public release."
Top

Resiliance, resilent thyself!
https://www.abc.net.au/news/2022-08-04/ ... /101302574
"I think the evidence is overwhelming at this point that the massive bureaucracy that is Resilience NSW being placed on top of our emergency services has not worked."

Mr Minns said frontline agencies needed to make swift decisions with a single line of authority and he accused Resilience NSW of robbing the SES of resources."

"We pointed out earlier this week that a negative Indian Ocean Dipole (IOD) had been declared to the northwest of Australia. This is the climate driver that typically increases rainfall over large areas of Australia during winter and spring by enhancing the strength and frequency of northwest cloudbands.

Well, it didn’t take long for the negative IOD to make its presence known."