This is the place to discuss all things video related and to post video links .
Post Reply
8 posts • Page 1 of 1

Wanted to watch this for quite a while .... so pleased to have found it : ) 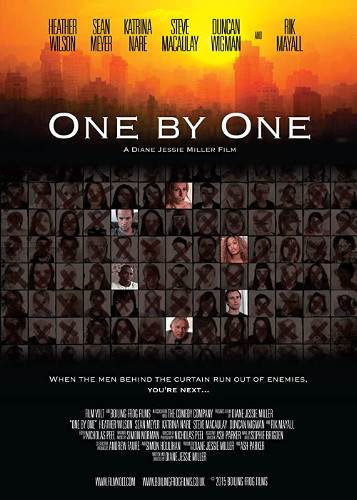 A cafe worker is violently jolted from her day-to-day existence when offered the startling revelation that this world may be on the brink of destruction, revolution, or both.

This is the trailer for the film .... which supposedly was Rik Mayall's final movie role before dying suddenly of a heart attack at his home on 9th June 2014.

It wasn't as good as I had hoped but it is well worth a watch I think .... and I will end up watching it again lol (so it ain't that bad)

The film .... again I watched the seed as I find it a better aspect ratio!
the seed which you can right click and save, if you wish ....

'Those who danced were thought quite mad by those who could not hear the music'
“I am certified insane, I have papers”
Top

I haven`t watched the movie, but I might later now that I know about it

Reminds me of another movie I saw the other day, I may post the trailer later
Top

Reminds me of another movie I saw the other day, I may post the trailer later

It's low budget but it has heart.
It's like a 'beginners alternative thought film'.
l chipped in before it was released.
The woman who put it all together couldn't sell it to anyone, so she 'advanced order / crowd funded' a big batch of DVDs.
l have my own One by One DVD in amongst my collection.
:O)

I liked the movie.
Top

The complete "One by One” movie has already been deleted.
Mayall died quite suddenly of a reported heart attack in June 2014, within 5 months that the movie was released. I found some of the apparent contradictions in the official tale of 9/11 exposed the most interesting.

According to (the role played) by Rik Mayall, 9/11 was a “show, a charade that even a child would identify”.
Mayall explains that it would’ve been nearly impossible for one tower of the WTC to collapse into its own footprint, and mathematically completely impossible for 2 towers to collapse like they did.

Following is the part from "One by One” where Mayall tells about the falling down of the WTC.

I enjoyed it. The movie highlighted the difference between the two primary types of people that see evidence of the conspiracy; 1 readily accepts the evidence and changes thinking, the other sees the same evidence and goes into full denial.
Top

here you go, while it lasts!

https://www.bitchute.com/video/DgwQasItAcLg/
'Those who danced were thought quite mad by those who could not hear the music'
“I am certified insane, I have papers”
Top

Loved the movie, even though it was low budget. If only all people accepted the truth as easy as the main female character after one night of research!
‘It’s dangerous to be right when your government are wrong.’
Top
Post Reply
8 posts • Page 1 of 1